The way ex-MPs get recycled courtesy of a seat in the House of Lords is often reported, but the democratic offensiveness of it is rarely commented on. 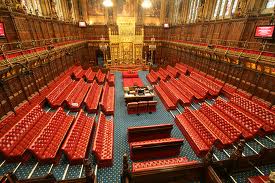 Mark Pack is the co-editor of Liberal Democrat Voice

The voters have cast their verdict and an MP is out of office. What should happen to them next? Most people’s answers to that are somewhere on the spectrum from the polite (let them tidy up their affairs and see their staff properly treated as their contracts end) through to answers best not to be repeated before the watershed.

But our political system has a remarkable answer.For a lucky group, the answer to being voted out of parliament is to say to them “now you’ve been voted out, you can have a seat in parliament for life instead”.

The way ex-MPs get recycled back into parliament courtesy of a seat in the House of Lords is often reported, but the democratic offensiveness of it is rarely commented on. Voted out? Have a seat for life.

I don’t begrudge the defeated politicians who take up the offer because, after all, if they say “no” then their own party usually cannot transfer the offer to another person. Moreover, some rescued defeated MPs of all parties have turned out to be great members of the Lords.

But it’s right up there with the duck houses in showing a political class out of touch with basic common-sense to think it is acceptable to stick with a system where defeat doesn’t mean defeat but means a seat for life instead.

I can go to a polling station, vote an MP out of office and then find a few months later that they now can vote on the laws I have to live by and the public services I have to use for the rest of their life.That’s not democracy – and that’s one of the reasons why reformers of all stripes should unite behind the government’s proposals for reforming the Lords.

On a subject like this there are of course many details to argue over, and even some important principles (bishops or not?) but after a century of failed attempts to bring in elections for the upper house, we shouldn’t let a search for perfection be the enemy of getting major change.

Amongst the opponents, including yes some Liberal Democrat peers (and hence the grassroots Liberal Democrats for Lords Reform group), there is a canny understanding of the power of divide and conquer, trying to persuade some reformers to back off because what is proposed isn’t quite 100 per cent of their own preferred package.

But look at the lesson of those who took such a view in the 1960s and opposed Lords reform proposals then; the next 50 years showed how wrong that decision was. With all three parties nominally in favour of Lords reform and a package being put before parliament this is our best chance in a century finally to spread democracy to the other half of parliament.

Unlock Democracy is running an online petition in support of Lords Reform which you can sign here.

16 Responses to “What should happen to an MP who is voted out of office?”