Duncan Exley looks at the social issues behind the Rich List 2011 and the income inequality causing them. 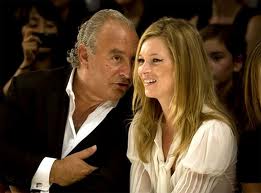 Yesterday’s Sunday Times 2011 Rich List deserves attention, not only because it is a very thorough and informative piece of research, but also because the accompanying analysis recognises the political risks of conspicuous wealth in an age of austerity.

The Sunday Times’ says “as their wealth grows, leaving the middle classes far behind, the super-rich…must be seen to be doing more for society, or they will provoke public anger of the kind that is currently directed towards bankers and risk the election of a more confiscatory government”. The report shows that charitable donations by the super-rich have fallen, and advocates a resurgence of charitable giving as a good way of demonstrating social responsibility.

However, the problem with charity is that it can divert attention from the harm done by excessive  inequality. There is a common assertion that the super-rich create wealth and pay millions in taxes, and that even the poor therefore benefit from inequality, but there are a number of reasons to question that assertion.

One person’s wealth is often based on the poverty of another. For example, Sir Philip Green is number 13 in the Rich List, but the Evening Standard revealed in March that his staff in Dorothy Perkins received just £6 per hour – barely above the minimum wage and 24 per cent lower than London Living Wage. The effects of this go beyond the staff themselves. According to the Institute for Fiscal Studies, the costs (e.g in social security payments) associated with sub-Living Wage pay costs the taxpayer £6 billion a year. There are also the other health and social costs of inequality, as outlined in The Spirit Level and elsewhere.

Another cost of inequality is hinted at by Rich List analysis itself: the effect of “surging property prices” reaches far beyond Belgravia, leading housing costs to far outstrip incomes in many areas.

The supposed overall economic benefits of allowing the rich to get much richer are also contradicted by statistical evidence: The 1,000 multimillionaires in the Rich List may be “£60.2 billion better off than they were in 2010”, but the rest of us are worse off: real household income fell by 0.8 per cent in 2010. Nor does high pay reflect high performance: according to research by Income Data Services, FTSE 100 CEOs saw their remuneration rise by 55 per cent in the year ending June 2010, while company performance flatlined.

The public anger that the Sunday Times warns us about would be justified, because in many ways the super rich are getting richer at our expense. Philanthropy is an extremely inadequate response.  There are some initiatives that would help: policy-makers can work with employers and investors to tackle the top pay arms race and the problem of sub-Living Wage pay, they can also take advantage of the popularity of ‘mansion tax’ and take steps to ensure that the rich actually pay their fair share of taxes. Britain needs to become more just, not to become a charity case.

34 Responses to “Rich List 2011: Charity down and inequality up”