American presidential campaigns start earlier every time, like the political version of Christmas - at least for media buyers, pollsters and button manufacturers. 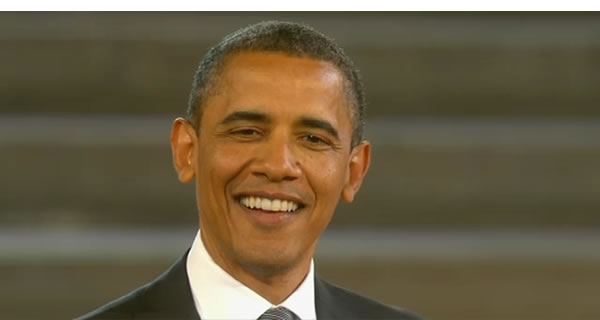 American presidential campaigns start earlier every time, like the political version of Christmas – at least for media buyers, pollsters and button manufacturers. As President Obama left for the G8 meeting in France this morning, having successfully courted the Irish American vote and received a standing ovation from the other half of the “special relationship”, back in the US, Republicans are well aware the 2012 presidential election has already started.

We are finally heading past the pre-pre-pre campaign stage, when candidates for primaries won’t admit they’re running, but collect vast amounts of money just in case, and into the pre-pre stage, where we find out the list of Republicans lining up to offer the best bet on who will be losing to President Obama in 2012.

“In the past couple of weeks one Republican contender after another has stood aside and now the fight looks as though it’s down to three men – with a question mark still hanging over Sarah Palin.”

So where’s the market at then?

Sarah Palin when asked about her intention to run for the Whitehouse, said:

“I think my problem is that I do have the fire in my belly.”

That answer, and others, leave a question mark over more than just her presidential ambitions.

Smithson says Pawlenty has “hugely impressed” him and is putting money on him for the nomination. Slate magazine described a Pawlenty nomination as the GOP settling for “the sort of boring, solid candidate Republican’s need”. Looking at his website you can see why.

Pawlenty, governor of Minnesota, announced the start of his campaign for President over the internet last Sunday, saying he could:

“…give a speech, and tell you I was running for President, I could have a podium with my campaign logo on it, I could have balloons, red ones, white ones and blue ones… or I could try something different, I could just tell you the truth.”

So you’re not running for president? No you are, ok. Cynics will no doubt expect speeches, podiums, and balloons to still be involved in all this contradictory truth telling.

Pawlenty appears to be running a campaign that takes into account both his image and Obama’s, representing a clear, if a little dull, alternative to Obama’s soaring rhetoric and high hopes. Mr Pawlenty says America is in “big trouble”. In Des Moines, on Monday, Pawlenty criticised state spending and said “there are no longer any sacred programs”. Not even the army?

He did go on to say:

“Conventional wisdom says you can’t talk about ethanol in Iowa or Social Security in Florida or financial reform on Wall Street,” Pawlenty said. “But someone has to say it.”

This tough talk may be what the GOP need. Pawlenty certainly seems to have a tighter grip on the truth than his rival Mitt Romney, former governor of Massachusetts. Romney has announced an exploratory committee for the presidency ( he’s still in the pre-pre-pre stage). He said on his website:

“Across the nation over 20 million Americans still can’t find a job or have given up looking, how has this happened in a nation that leads the world in innovation and productivity? The answer is that President Obama’s policies have failed.”

There was something about an international financial crisis, if memory serves, which led to a massive recession. A recession Obama’s policies actually helped pull America out of.

“His trip to California, he said, was to find out whether he can “finance a campaign by reaching out to a very broad network” and whether his campaign can “do the grassroots thing.”

Time magazine described him as the candidate Democrats would ” most fear”.

Their feature on him asks:

“Is the understated 51-year-old Jon Meade Huntsman Jr. really the answer to the Republican Party’s personnel problem? He is, after all, a pro-civil-union Mormon who has just finished nearly two years of service for Obama in the land many Americans consider the new evil empire ( US diplomat to China). He is pro-environment – a little too green for many in his party – and hardly anyone knows who he is.

“Democrats who fear that Huntsman would do well against Obama in next year’s general election are busy pelting him with rose petals – take that, you wonderful man! – that they openly hope will disqualify him in the eyes of Republican Party regulars.”

However when talking to Fox last Friday he stuck pretty close to the Republican party line at least on spending, giving some red meat in the form of rejecting Obama’s health care reform as “too top-heavy” and deferring to the individual states’ rights on the issue. However he did say: “The thing that scares me more than the (Paul) Ryan budget is the accumulating debt”.

Most primary campaigns are about motivating the base before moving to the middle. Huntsman’s could be the first to go the other way, by trying to win the centre ground away from Obama before the election, then using the full force of the GOP to get out the vote when it arrives.