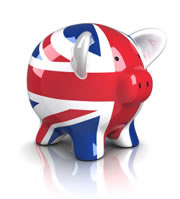 The Conservative-dominated cross party committee has concluded that the scheme reforms introduced in 2007/8 will keep the costs of public sector pensions stable at 1% of GDP – generating more than £67 billion in savings to the taxpayer over the next five decades.

This more than suggests that the cost of the current schemes is affordable to the taxpayer.

As the committee points out, the current reform process could undermine these savings. Devaluing pension savings in a context of opaque costings will threaten both the savings in place and the future participation levels. The latter threat will be intensified if the chancellor persists with his plan to increase employee contributions to an unsustainable level.

As PAC highlight, the cost of public sector pensions cannot be viewed in isolation. If public sector workers have insufficient income in retirement because their pensions are cut or they are priced out of schemes, costs appear in other parts of the nation’s balance sheet.

Expenditure on welfare benefits increases, as will pressure on local authority and NHS services. Currently government is ignoring this, an approach that could well cost the taxpayer and society far more in the long term than will ever be saved in short term savings.

Many questions remain in regard to the government’s intentions for the reform of public sector pensions. For instance, the cap and share arrangements that, as the PAC report makes clear, will generate 60% of the savings over time, have been delayed by government, who took the decision to suspend the actuarial valuations of the schemes, with no discussion and little in the way of explanation.

Even the Hutton report (pdf) acknowledged that a cost sharing mechanism, as with other reforms, should be transparent and evidence based; the government needs to take note – existing reforms will generate savings only if they are allowed to operate.

No one will benefit if the planned savings are lost because the government removes the framework for achieving them.