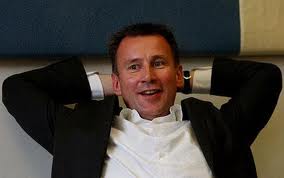 Welsh first minister Carwyn Jones has called for urgent talks with UK culture, media and sport secretary Jeremy Hunt to discuss leaked plans for cuts to BBC services in Wales as part of the corporation’s overall objective to cut 20 per cent from its budget. The falling axe has put the future of services in doubt. BBC Wales current affairs programme, Week In, Week Out, could be dropped and coverage of Wales’s leading arts event, the Eisteddfod and the Royal Welsh Show, could be scaled back.

The Western Mail quotes what it describes as a “well placed source” as saying:

“The scale of what is being contemplated is horrendous. There is an urgent need to organise a broad campaign of opposition.”

The move comes amidst on-going fears over the threat to the Welsh Language Channel, S4C, with concerns that proposals for the channel to have its funding provided through the licence fee rather than directly from the government could see it being forced to make substantial service cuts in much the same way as the BBC World Service.

In a report on the issue published last week, the Commons culture, media and sport select committee concluded that the “shotgun marriage of S4C and the BBC is an awkward match”.

“We… find it extraordinary that the government and the BBC, which is fiercely protective of its own independence, should find it acceptable to agree a change in the funding and governance arrangements for another statutorily independent broadcaster, S4C, without the latter having any involvement, say or even knowledge of the deal until it has been done.”

The response to the leaked document – made by Keith Jones, BBC Wales director, explaining no final decisions had been taken – has not been enough to allay the fears of politicians across the political divide.

In seeking a meeting with Jeremy Hunt, first minister Carwyn Jones used questions in the Senedd to argue quite clearly that:

“It is not acceptable to see cuts of 20 per cent regarding broadcasting in Wales at the BBC.”

For Plaid Cymru, its spokespersman at Westminster on culture, media and sport issues, Jonathan Edwards MP, sounded the warning bell, saying the suggested cuts would:

“…destroy the concept of BBC Wales as a national broadcaster and it shows shocking contempt by the BBC in London.”

Even members of those parties forming the coalition in Westminster overseeing the cuts to the BBC budgets have raised concerns about the impact of the leaked proposals, with the Welsh Conservatives’ shadow culture minister Suzy Davies responding:

“The BBC has an obligation to reflect our nation’s cultural and political identity while providing high quality news, sport and current affairs coverage across Wales. A vibrant, sustainable broadcasting sector in Wales is of vital importance.”

“If what is being suggested here is implemented, this would have a significant impact on cultural and political life in Wales.”

For the unions, meanwhile, Jeremy Dear, general secretary of the National Union of Journalists, declared:

“If these cuts are being proposed as a serious strategy for the BBC in Wales, they represent a calculated insult to BBC audiences and to the dedicated broadcasters who have done so much to sustain a first-class service throughout the years.

“For us, and for the BBC’s audiences, delivering quality programming is a real and constant obligation, and not just a cheapskate marketing slogan.”

The developments in Wales come amid on-going concerns over suggestions the BBC’s local radio network faces being scaled back.

Elsewhere, following the publication of its report on the funding of the BBC World Service, Conservative MP Richard Ottaway, chairman of the foreign affairs select committee, said of the decision to end direct government funding for the World Service:

“We do not believe the decision to transfer funding responsibility for the World Service from the (Foreign and Commonwealth Office) FCO to the BBC will make the World Service’s funding more secure. Despite all assurances, this decision could lead to long-term pressure on the World Service budget, with the risk of a gradual diversion of resources to fund other BBC activities.

“No transfer of funding responsibility for the World Service from the direct FCO Grant-in-Aid to the BBC should take place until satisfactory safeguards have been put in place to prevent any risk of long-term erosion of the World Service’s funding and of parliament’s right to oversee its work.”