Labour's candidate for London Mayor Ken Livingstone has put his foot in it again today - saying the assassination of Osama bin Laden made President Obama look like "some kind of mobster". 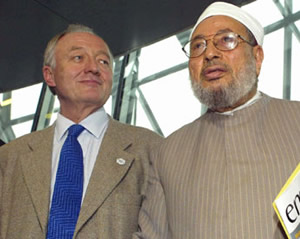 Labour’s candidate for London Mayor Ken Livingstone has put his foot in it again today – saying the assassination of Osama bin Laden made President Obama look like “some kind of mobster”. The ill-judged attack on Obama, whose leadership over the operation has been praised round the world, risks hardening public perception of Livingstone as being in league with Islamists, and soft on Islamist extremism.

“I just looked at [the scenes of jubilation in the US] and realised that it would increase the likelihood of a terror attack on London… That’s very much the American style but I don’t think I’ve ever felt pleased at the death of anybody.

“We should have captured him and put him on trial. It’s a simple point – are we gangsters or a Western democracy based on the rule of law? This undermines any commitment to democracy and trial by jury and makes Obama look like some sort of mobster.”

Last night on Left Foot Forward, a year out from the elections for London Mayor, Daniel Elton made the case for Livingstone to renounce some of his allies with questionable views:

“…as the challenger best placed to unseat Boris Johnson – all progressives in the capital should vote Ken for first or second choice. However, as even many on Ken’s campaign would admit, he has had a chequered past. Among the most unfortunate aspects of his career to date has been to walk hand in hand with some frankly unsavoury political ‘friends’.

“This behaviour probably will not affect his chances of election – the biggest single factor in that will be the unpopularity of the Tories and how much of that sticks to the current Mayor. But for the sake of good governance, it is time to throw these sometime ‘comrades’ under the bus.”

Those named were Socialist Action, Hugo Chavez, Lutfur Rahman and Yusuf al-Qaradawi. Of the latter, he wrote:

“Livingstone’s repeated inviations to one of the Muslim Brotherhood’s spiritual leaders was shameful to all self-respecting liberal supporters of ‘Red Ken’.

“Maybe Livingstone is right when he says Qadarawi “preaches moderation and tolerance to all faiths throughout the world”. He also preaches homophobia, and defends suicide bombing.

“Qaradawi cares so much about women’s rights, he argues that husbands should only be allowed to hit their wives “as a last resort”, and then only “lightly”. He should never step back into City Hall. Ever.”

And as a commenter adds:

“A cursory stroll through Google quickly shows anyone who’s interested that Qadarawi is an aggressive, inciteful, unremitting antisemite… For those who are interested/concerned, here’s a starter-pack: http://hurryupharry.org/2011/02/24/qaradawi-on-muslims-and-jews/ and http://www.youtube.com/watch?v=xS_5aIv3sHQ.”

Though there is a case to be made for taking bin Laden alive – indeed Kevin Meagher will make that case on Left Foot Forward later today – to go against the grain so spectacularly, and to criticise the statesmanlike leadership of Obama and imply he hadn’t thought through the attack, will not go down at all well with Londoners and will play into the hands of those who wish to paint Livingstone as some kind of apologist.

“Calling President Obama a mobster is yet another example of Ken Livingstone’s extreme views which threaten to damage London. What American business will want to invest in our city if it is run by a man who repeatedly attacks their leader?”

80 Responses to “The madness of Ken’s attack on Obama”