Why is it that Conservatives have such a problem with gender equality and women's issues? The last two months alone have featured a litany of misteps by Tories. 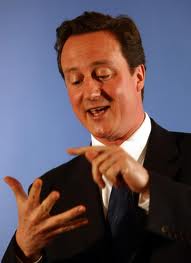 Now the dust has settled on Ken Clarke’s 36 hours in ministerial purgatory – in constant political pain, but not understanding the cause or the cure – a question arises: Why is it that Conservatives have such a problem with gender equality and women’s issues in general?

The last two months alone have featured a litany of misteps by Tories:

One may think that declining social mobility in the United Kingdom since the early 1980s may be down to governments and/or structural changes in the economy and society. After all, many Conservatives herald Margaret Thatcher as the woman who changed Britain for ever and irrevocably – the foremost political and cultural figure of our age.

But no. according to Willetts, 18 years of Conservative government, and 11 years of New Labour that accepted the Thatcherite settlement weren’t the cause – it was those pesky feminists.

But Willetts’s comments were dutifully reported in the right-wing press as blaming the problems of the male working-class at the hands of women and more particularly feminists.

The UK media uses quite a bit of newsprint making women feel guilty for going to work, and Willetts gave them even more ammunition.

Yes, ‘calm down dear’ is a fairly tiresome catchphrase from an advert on TV. But it is also incredibly patronising. What Cameron didn’t appreciate when he tried to belittle Angela Eagle at Prime Minister’s Questions is how thousands of women are patronised regularly at their workplace and in wider life.

It betrayed a blind spot on the reality of other people’s lives. According to a recent Ipsos-Mori poll (pdf) around two-fifth of women have experienced sexist behavior, including “being whistled at, having sexist comments directed towards you, being touched innappropriately or being discriminated because of your gender”.

Then we have Nadine Dorries’s ten-minute rule bill that calls upon sex education teachers to tell girls aged 13 to 16 that they should say no to sex.

“That leave be given to bring in a Bill to require schools to provide certain additional sex education to girls aged between 13 and 16; to provide that such education must include information and advice on the benefits of abstinence from sexual activity; and for connected purposes.”

The bill may be accused of ignorance – advising teenagers that they should remain abstinent until they feel emotionally ready for sex is already part of good sex education practice. But worse, there is no part of the bill that instructs teachers to reach boys to say no, or to not pressurise girls into sex. The implication being that when it comes to unwanted pregnancies, its the girls who are soley to blame, and boys are responsibility-free.

This is before we get to Dorries’ assertion that if more girls said no, this would lead to less sexual abuse. Sixty-seven MPs in total voted for the bill – 62 Conservaties, two Labour, two Democratic Unionist and one Liberal Democrat.

What Ken Clarke said and didn’t say has been subject to more analysis than the average Shakespearean speech in the last week. However, the two main charges seem to be that he spoke about it in too light a tone, and that rape where the victim and perpetrator knew each other, or which followed a date, would be a mitigating factor.

After decades of campaigners trying to push for a cultural change in society to etablish date rape as serious as stranger rape, it appeared as if the justice secretary didn’t consider it – in his words – ‘classic rape’.

In the Tories’ defence, the 2010 intake did start to address the gender inbalance among their ranks with plenty of talented examples. However, there is a wider concern that the Government cuts will affect women disproprotionatelly. So much so that cross-party support for a select committee dedicated to women’s issues seems to be growing.

Although each of the episodes can be explained away by giving the benefit of the doubt, a simpler reading would be that David Cameron’s ‘detoxification’ project – so successful on issues like race, sexuality and the environment – took a pass on gender issues.