The news that anti-abortionists LIFE have been appointed to the new government advisory group on sexual health is a serious wake-up call for all who belive in liberty. 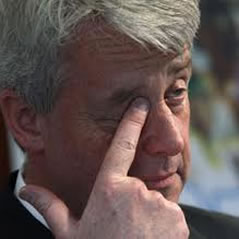 By Jennie Bristow of the British Pregnancy Advisory Service

The news that the anti-abortion organisation LIFE has been appointed to the new government advisory group on sexual health, replacing the British Pregnancy Advisory Service (BPAS) – which has a solid 40-year-track record of providing abortion counselling and care – has been received as a wake-up call to the changing political climate surrounding abortion in Britain.

BPAS and Marie Stopes International (MSI) were both invited to the first meeting in March of the Sexual Health Forum but were asked to share membership, alternating attendance.

At the meeting the MSI vice president and Ann Furedi, the chief executive of BPAS, both said that this arrangement was problematic: BPAS and MSI have quite different structures, values, objectives and approaches, and that the discontinuity inherent in such an arrangement would make it unworkable.

The justification was that the minister had insisted, in the interests of balance, that only one abortion provider could attend and that as Ann Furedi had attended the previous sexual health group, the Independent Advisory Group on Sexual Health and HIV – a group made up of personal appointments rather than from representatives from each organisation – it was ‘MSI’s turn’.

It was also confirmed that, since the founding meeting, the minister had insisted that LIFE be invited to join the Sexual Health Forum. We at BPAS have no objection to LIFE campaigning against abortion, and no problem with engaging in discussion about what is appropriate pregnancy counselling.

There are political and moral discussions about abortion that should be had, and there are a number of public and political arenas in which such discussions could be had. But we are bemused about why the new sexual health forum should be viewed as such an arena.

This is not, however, a body designed for the purpose of debate about contentious ethical issues: it is designed to advise on the implementation of government policy, which is – as enshrined in the law – to provide women with access to abortion and contraceptive services when they need them.

As a provider of abortion services, this is the role BPAS plays. We are not a counter-point to LIFE, in that we do not privilege abortion as always the best option in the way that LIFE sees it as always the worst. We provide women who have an unwanted pregnancy with a choice of all the options available to them; we share their pleasure in continuing the pregnancy if that is what they want, and provide abortion services if they decide to end the pregnancy.

Our interest is in supporting women’s choice. LIFE’s interest, on the other hand, is in opposing abortion – a position that necessarily skews any attempt to engage with a sexual health strategy that very clearly sees a role for abortion as a part of family planning.

Meanwhile in parliament, the vocal anti-abortion MP Nadine Dorries has recently pushed forward a string of initiatives designed to whittle away at abortion provision in Britain.

With a characteristic lack of originality, Dorries has flown all her ideas in from the USA, where debates about sexual abstinence, pregnancy counselling and ‘right to know’ laws have plagued many states for a few years now, and where it is a tried and tested tactic for social conservatives to dress themselves up as advocates for women, expressing concern about abortion harming health, and women being denied support for other options.

In Britain to date, such initiatives have had limited purchase because abortion has been enshrined in national law and policies have been developed centrally by political parties.

Fundamentally, this remains the case: 96 per cent of abortions are now funded by the NHS, and 59 per cent of abortions are provided by charities such as BPAS and Marie Stopes International. But with the coalition government promoting its desire to work more closely with the third sector as part of the ‘Big Society’ agenda, organisations with a vested interest in curbing abortion rights may have more of an impact on the way the service is provided.

This won’t stop women having abortions, but it could well make their experience more uncomfortable, as opponents of abortion seek to put politically-motivated, clinically-unethical hurdles in their way. That is why we need to continue talking loudly about abortion, and providing it proudly.

21 Responses to “How can LIFE advise on the implementation of policies they don’t believe in?”