We must not underestimate the news that the government has appointed anti-abortion group Life to their advisory group on sexual health, writes shadow health minister Diane Abbott. 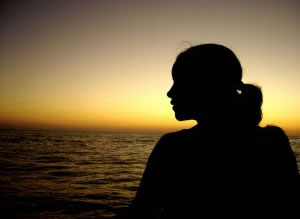 We must not underestimate the chilling news that the government has appointed anti-abortion group Life to their expert advisory group on sexual health. This appointment, coupled with the retraction of an invite to the British Pregnancy Advisory Service (BPAS), one of the UK’s leading abortion providers, signals a dangerous move.

Has Anne Milton, the public health minister, bowed to pressure from the activists at Life or are we seeing the government moving away from the pro-choice agenda long favoured by our society?

This news has broken in the same week that Michael Gove, Secretary of State for Education, pledged his support for the newly-formed ‘Sex and Relationships Education Council’ whose founding members include a deadly medley of abstinence promoters and anti-abortionists including Life, Silver Ring Thing, and the Family Education Trust.

Back at the Department of Health, the members of its sexual health forum have until now included some of the UK’s best sexual health professionals, experts in their field, who have a track record of delivering and commissioning the highest levels of care.

They have built their work on evidence and provided a pro-choice agenda, giving individuals and couples the information and services to make an informed choice about their bodies, their sexual health, contraception and pregnancy.

The members of the sexual health forum have not sought to promote one agenda but to work with ministers to promote good sexual health through choice, prioritising the key issues and responding to society’s complex lives.

The same cannot be said of Life. This is the group that not only opposes abortion under any circumstances, but also opposes contraception. That stance alone speaks volumes.

Any medical professional who is serious about reducing rates of unwanted pregnancy and subsequent abortion knows that controlling fertility depends on modern methods of contraception – and that is a basic human right.

What’s more, Life’s response to birth control is encompassed in a single word. Abstinence. And we all know how unsuccessful those programmes have been in the USA, resulting in higher rates of teenage pregnancy and sexually transmitted infections than in groups using normal, modern, 21st-century methods of family planning.

Life has perpetrated many scare stories and has even questioned the value of condoms, stating they do not protect against sexually transmitted infections including HIV. Even if pressed, Life would not support condom use.

Anti-abortionists, including members of Life, can be seen on a daily basis outside the UK’s abortion clinics, shouting abuse at women going inside and displaying grotesque posters of mutilated foetuses of an advanced gestation. They have no qualms about totally distorting the reality of abortions, 91 per cent of which were carried out at less than 13 weeks’ gestation last year

We will monitor and oppose any attempts by the government to erode or undermine this country’s sexual health professionalism and expertise and I have called for Life’s appointment to the sexual health forum to be retracted.