Another week, another campaign victory against the coalition’s reform plans - this time it is saving the NHS Cancer Networks; Trevor Cheeseman investigates. 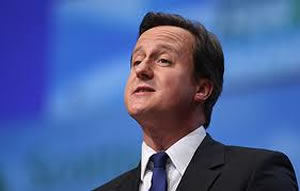 Another week, another campaign victory against the coalition’s reform plans. This time it is saving the NHS Cancer Networks, set up by Labour to systematically involve cancer clinicians in driving improvement in cancer services nationwide. Acknowledged by clinicians and charities for their positive role, focus on national standards and universal progress, they did not fit the Lansley vision of market-driven improvement.

Their future has looked precarious as part of the infrastructure slash-and-burn of the reforms, but pressure from MPs across the spectrum and the government’ s own cancer tsar has forced as U-turn, as highlighted by The Guardian.

The future of similar networks however, such as in heart disease and stroke, where standards have also improved as a result of concerted national programmes, remains uncertain.

Cameron’s big NHS speech this week was largely worthless in policy terms. Ever the PR man, it was light on policy detail but attempted to “love-bomb” the NHS.

Missing was his response on the central issue in the reforms: the role of Monitor as economic regulator for healthcare. Will it “promote competition”, as Lansley has always envisaged?

This is code for encouraging “market failure” (a.k.a. hospitals going bust) to promote new private and charitable sector entrants, and thereby limiting the scope of “core”  local hospital services.

More significant than Cameron’s intervention was the acknowledgement by the chair of the coalition’s new NHS Future Forum, GP Steve Field, that the Lansley reforms are “unworkable” and “will destroy essential services”. He went on:

“If you had a free market, that would destroy essential services in very big hospitals but also might destroy the services that need to be provided in small hospitals.”

Nick Clegg meanwhile, wrestles with the embarrassment of having put his signature to the NHS White Paper (pdf) that launched the reforms last July, yet now describes key features as “a misjudgement”.

“We cannot treat the NHS as if it were a utility, and the decision to establish Monitor as an ‘economic regulator’ was clearly a misjudgement, failing to recognise all the unique characteristics of a public health service, and opening us up to accusations that we are trying to subject the NHS to the full rigours of UK and EU competition law.”

Lib Dem MPs, however, voted en masse for the Health and Social Care Bill’s second reading, with just two abstentions – before their Sheffield spring conference told them to look at the detail and think again. The bill however amended, is sure to get a very rough ride in the House of Lords given the almost universal opposition from health workers and policy specialists.

Meanwhile, with a new financial year only a few weeks old, funding squeezes are evident across the country, and waiting lists are starting to rise. Quoted in the Health Services Journal, the head of the NHS Trusts Network Sue Slipman, has queried:

“Our members are asking: where has the money gone? It is certainly not on the frontline.”

On the latest data available patients are waiting longer for diagnostic tests. Numbers waiting more than six weeks for test results has almost tripled in the past year. The coalition stopped monitoring Labour’s former target in this area from last July.

The “retoxification” of the Tories’ reputation on the NHS has a little longer left to run, it appears.

2 Responses to “Fighting for the NHS gear stick – is it forward or reverse?”