The media will focus today on the Lib Dems' meltdown and SNP victory in Scotland. But Labour is also taking seats of the Tories in key marginals. 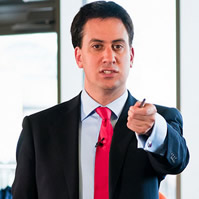 For obvious reasons the media will focus today on the Liberal Democrats’ meltdown and the SNP victory in Scotland. But of greater long-term interest is what the local election results tell us about the next general election, which will be a fight between Labour and the Conservatives.

The results are still trickling in, but with just 109 of 279 councils declared there are already some bright spots:

– A number of Labour MP’s have mentioned Gravesham where the party has taken eight seats off the Tories to take control for the first time since 2003. The Tories had a majority of 9,312 at the last general election.

– In Lincoln, Labour has taken overall control. Gillian Merron lost the seat by a shade over 1,000 votes last year.

– Labour gained Telford and Wrekin taking 10 seats off the Tories and 6 off the Lib Dems. Telford is a marginal constituency which Labour held by just 981 votes in 2010.

– In Thanet in Kent, Labour won six seats removing the Tories’ control for the first time since 1999. Laura Sandys defeated Labour’s Stephen Ladyman in South Thanet at the last election.

– And in Lancashire, Labour has picked up four seats to win Hyndburn. Labour’s majority fell to just 3,000 in the last election.

With regard to the expectations game, although not a view held by all Labour commentators, Luke Akehurst, who sits on Labour’s National Executive Committee, has concluded that “anything above 400 gains is impressive by recent historical standards”.

By 10.30am, Labour had picked up 339 new councillors and, according to Labour List editor Mark Ferguson, was on course to win 500 to 600. Not a bad night’s work in England.

– In Ipswich, Labour has picked up five seats (including two from the Tories) to take overall control of the council. Last May, Ben Gummer beat Labour’s Chris Mole to give the Conservatives the parliamentary seat for the first time since 1992.

– There has been an astonishing result in Gedling where Labour has won 23 seats (including 13 from the Tories) to take the council from the Tories. Vernon Coaker held on last time around but with a majority of just 1,859.

40 Responses to “Vote 2011: Early signs that Labour is winning in key marginals”