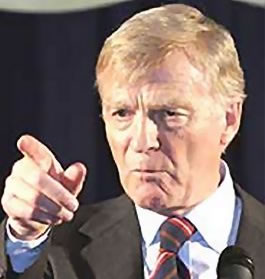 A rather traditional battle between a tabloid newspaper and a rich individual seems to be concluded (unless, of course, it goes to appeal). Max Mosley, son of fascist Oswald Mosley, and the former head of Formula 1, wanted to force newspapers to give prior notification when they could be in breach of an individual’s right to privacy.

He is no stranger to arguments about free speech. In 1961, he campaigned for “Free speech for fascists”, when his father’s invitation to speak at the Oxford Union was opposed.

It is undoubtedly a success for press freedom and one backed by Index on Censorship who made a submission to the Court.

Prior notification would be disastrous for investigative reporting – by national newspapers or NGOs. It would lead to a situation where a local newspaper wanting to publish a fact-checked story on councillors embezzling public funds would have to tell the offenders before the story is published.

Immediately the councillors would take out an injunction and no local paper would have the £60,000-£100,000 that media lawyers estimate it costs to overturn such an injunction. The story would be buried – and voters none the wiser.

This rule isn’t just about the press: human rights NGOs would be affected too. Human rights NGO Global Witness indicated that if Mosley’s rule was brought in, they would not be able to publish on topics such as blood diamonds, and notification would put their staff and sources in danger. And European Court judgements aren’t just about the UK – oligarchs in the Russia and the Ukraine could use this tool to muzzle the little independent media left in these countries.

It is worth pointing out what the judgement did and didn’t say.

Trevor Kavanagh of The Sun has spun it as:

“You don’t need to be a tabloid journalist to celebrate orgy-loving Max Mosley’s crushing defeat by the European Courts.”

But this isn’t an unmitigated triumph for free speech. Mosley won his case against the News of the World for breach of his Article 8 right to privacy and received record damages of £60,000. The European Court did not find these damages excessive stating:

“…no sum of money awarded after disclosure of the impugned material could afford a remedy in respect of the specific complaint advanced by the applicant.” [72]

The Court also made a clear distinction between the ‘public interest’ which would merit a defence under Article 10 of the ECHR (the right to free expression) and ‘lurid news’ (including tabloid gossip) which would not be protected under this defence:

“…reporting facts – even if controversial – capable of contributing to a debate of general public interest in a democratic society, and making tawdry allegations about an individual’s private life…

“In respect of the former, the pre-eminent role of the press in a democracy and its duty to act as a “public watchdog” are important considerations in favour of a narrow construction of any limitations on freedom of expression. However, different considerations apply to press reports concentrating on sensational and, at times, lurid news, intended to titillate and entertain, which are aimed at satisfying the curiosity of a particular readership regarding aspects of a person’s strictly private life…

“Such reporting does not attract the robust protection of Article 10 afforded to the press.” [114]

The Court did, however, rule out pre-notification. It argued that:

“…any pre-notification requirement would only be as strong as the sanctions imposed for failing to observe it. A regulatory or civil fine, unless set at a punitively high level, would be unlikely to deter newspapers from publishing private material without pre-notification” [128]

And if set at a ‘punitively high level’ these fines would in effect be incompatible with the Article 10 right to freedom of expression. Looking at this and the wider public interest, the Court concluded that an individual’s Article 8 rights are not violated by the absence of a requirement on the media to notify the individual in question prior to publication.

This does not mean that newspapers who do publish stories that violate an individual’s privacy can get away with it. Huge damages are here to stay. But the long-established custom of “Publish and be damned!” is intact, and as such the British media will collectively breathe a sigh of relief. The British government will be pleased too, as the Court’s emphasis on the “margin of appreciation” (the legal space for national law within the ECHR) means they won’t be set for a damaging battle with “foreign judges” (in the technical language of our august media).

“The press won the battle but the judgment confirms that it has lost the ‘privacy war’. The Court makes its disapproval of the conduct of the News of the World crystal clear and emphasises the need for a “narrow interpretation” of freedom of expression where sensational and titillating press reports are involved.”

This judgement comes as our privacy law comes under increasing scrutiny. The Daily Telegraph reported yesterday that there have been more than two million tweets breaching various ‘super-injunctions’. A twitter account (which you can easily Google and find – but would land Left Foot Forward in Court if mentioned here) published details of the use of six such injunctions.

“If a point is reached as a matter of evidence when everyone knows who the injunctions are about then they become pretty pointless… It is concerning that people can do this and break the law. It sounds like it’s very difficult to make sure that injunctions like this are complied with.”

“This is making a mockery of the existing law and we need to make sure thatthe law catches up with the technology.”

In one aspect, I agree with Max Mosley who said, on last night’s Newsnight, that there is little difference between a pub conversation and the stream of consciousness that Twitter represents. But for politicians the anarchic atmosphere of the internet presents a threat. There is little doubt that curbs on internet freedom are in the pipeline, whether Ed Vaizey’s threatening noises on copyright infringement, or perhaps as touted yesterday by Tory MP Zac Goldsmith, a Privacy Bill.

Net freedom will come under attack. Press freedom is now curtailed due to Strasbourg jurisprudence on privacy. What’s complex is the debate over individual privacy is not clear cut. Whilst many people would argue that Max Mosley’s private peccadillos are his own personal business, and his alone, few would wish to see those breaking super-injunctions via Twitter found in contempt of Court and jailed. As the European Court found, effective sanctions that uphold privacy may be in breach of the fundamental right to freedom of expression.

Rights are often balanced – the very difficult question for Parliament is how to balance free expression and personal privacy.