Joss Garman reports on David Cameron's intervention in the row between the Treasury and DECC on the UK's climate change carbon emissions targets. 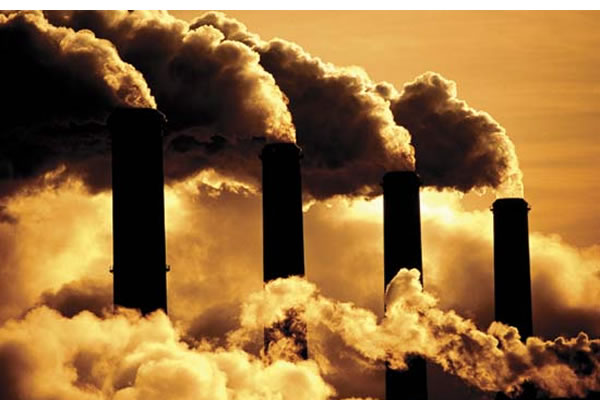 Over recent weeks there has been a fierce row at the top of government over whether or not the cabinet should accept the recent recommendations of the Committee on Climate Change (CCC). This committee is the government’s independent advisory body on how the UK can best meet its Climate Act obligations in the most cost effective way.

Under the Climate Change Act, the government must set five-yearly “carbon budgets”. The committee advises the government how big these budgets should be – i.e. how much effort there should be in the short term compared with the medium and longer term and right through to 2050 by which point the act demands an 80 per cent cut in the UK’s emissions.

The committee also advises on what policies are required to then stay within these emissions budgets once they’re established.

So far since the Climate Act was passed ministers have always accepted the committee’s advice in terms of what the size of the carbon budgets should be. The recent argument has been about whether the cabinet should accept the committee’s advice for the size of the next carbon budget from 2023-2027. The Climate Act requires a decision on this by next month.

Were the cabinet to reject the CCC’s advice, it would throw into doubt the UK’s ability to cut its emissions in line with the Climate Act and send a signal to the business and investment community, as well as the international community, that the UK government isn’t serious about following through on all their green rhetoric.

It would also mean that green industries would likely take their business elsewhere, in particular to Germany which is rapidly becoming Europe’s laboratory for green growth.

After a series of leaked letters, and media spin and counter spin (£) in the weekend papers, the BBC reports this morning that the prime minister has decisively intervened and backed the climate secretary Chris Huhne in supporting plans to accept the committee’s advice as to the size of this so-called ‘fourth carbon budget’. This follows pressure from green campaign groups, 38 degrees and Ed Miliband who all piled on pressure in recent days, and also follows the intervention of Lord Turner who is said to have mediated in the cabinet’s dispute.

On the face of it, Cameron’s decision is a rare case of the green agenda winning out over what one Whitehall source described to the Observer as “the dark forces at the Treasury”.

Certainly, it’s fair to say Cameron deserves personal credit for overruling opposition from Osborne and Cable who would’ve settled for a far worse deal. It is also true that the UK now has the toughest legally-binding carbon targets through to 2027 of any country in the world. However, in spite of this, HMT and Vince Cable did both win significant ‘get out clauses’.

In particular, it appears that whilst the government will accept the CCC’s advice on the scale of the carbon targets for the mid-late 2020s, they won’t accept the recommendation that short term cuts need to be increased.

Understandably, some will rightly point out that it’s convenient for the prime minister to agree to a 50% cut in UK emissions by 2025 – when he’s unlikely to still be in power, but to reject the advice of raising the 2020 target. Equally, it is understood that government will announce tomorrow it will rely on carbon offsets to a greater extent than is recommended by the climate committee.

But the more important point about all this though is the one made by James Murray, in his post this morning for Business Green:

“In one of those strange coincidences that so often litter the political landscape, news that the coalition is to sign the UK up to one of the world’s most ambitious low carbon economic strategies has come within hours of the release of a major new report eviscerating the primary policy for delivering that very strategy.”

The focus going forward must surely be the coalition’s failure to establish any credible plan to hit these carbon targets. The Treasury’s consistent sabotaging of any moves towards a green industrial strategy means budgets for clean energy programmes have been slashed, the Carbon Capture and Storage (CCS) scheme has been hugely scaled back, and the flagship Green Investment Bank is unable to borrow or lend.

David Cameron’s intervention is to be welcomed, but he and Nick Clegg now need to work out how to deliver these new clean energy jobs and industries.