NHS Oxfordshire, the Primary Care Trust covering David Cameron’s constituency of Witney, told us they have not organised a single listening even. 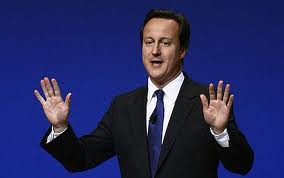 The listening exercise, designed by the government to give legitimacy to the unpopular NHS reforms, finishes today with questions remaining as to whether it’s been a sham. NHS Oxfordshire for instance, the Primary Care Trust (PCT) covering David Cameron’s constituency of Witney, told us they have not organised a single listening event. If they had, presumably 95 per cent of the local public would have had no idea how they could get involved anyway.

Events in the region were said to be organised by Regional Voices, however, they did not advertise one for Oxford (or Witney) on their website.

NHS Trusts, PCTs, consortiums (and “different part(s) of the NHS”) were “encouraged” (pdf) to:

“[Either] organise an event for your staff and public where possible to ask them how they feel about the reforms, or to use existing events such as LINK meetings or staff briefings to do so.”

“All the events that we have organised have been existing meetings that have been taking place and people have been invited and made aware that it will be an opportunity to provide feedback.”

“We received instructions from the SHA and were asked to look at what was coming up and there was nothing appropriate.”

On contacting other Strategic Health Authorities it was clear that the experience of the East of England SHA was indicative. A press officer told us:

“We didn’t get very much time in advance of the announcement of the events so we looked at existing events.”

They went on to say:

“We don’t have responsibility to do that here (organise open public events) that was for the PCTs and the Trusts.”

Most of the listening “events” held by PCTs nationwide appear to have been pre-scheduled staff meetings, advertised through the “usual process” of staff news letters and the like, where the issue of the health bill was tacked on as “another matter for discussion”.

The department of health press office refused to comment on the issue of oversight or accountability. When we asked the East Midlands, what would happen if the PCTs didn’t hold any listening events their press officer said “we wouldn’t let them get away with that”, however they declined to elaborate on this and did not confirm what would or could be done in such circumstances.

The department of health admitted they had set down no specifics on who must be spoken to, where or when. The department provide no national list of events on their website and no way of finding out directly what local events are taking place. Hence questions such as these in their comments section:

“I am finding it impossible to find a schedule of future ‘listening events’ – is the list so secret? Are the events so secret?”

When Left Foot Forward contacted the health department these questions had gone unanswered for days. After we pointed this out an answer was given providing one commenter with some dates.

The department confirmed that “support” was provided in the form of “briefings” and “talking points” for discussion and “presentations, feedback forms and other material” from the NHS Future Forum. This body was created specifically to facilitate and promote health secretary Andrew Lansley’s reforms. It has no press office, for all enquiries you must speak to the department of health.

However the department are unapologetic about this. One press officer said it would have been “inappropriate” to have any central structure or plan for the exercise, as these were “not top down reforms”. Despite the department’s own press release describing the government as “embarking on a national tour to listen views on the NHS plans” a national plan or central resource to find out what was going on in your area would be “inappropriate”.

These are possibly the biggest changes ever to the NHS according to the chairman of the British Medical Association, the public health body that has already rejected them, coming directly from central government, created by a secretary of state the Royal College of Nursing have no-confidence in, and a proper public consultation that tries to engage the most amount of people possible through such simple expedients as an advance national schedule, would be “inappropriate”.

This is not to suggest the NHS has not worked hard to promote the events internally and done what they could to promote them to the public. On 26th May the department of health press office contacted Left Foot Forward writing:

“To date, the listening exercise has spoken to over 4000 people face to face including patient and public representatives, NHS staff and other stakeholders.

“This is in addition to receiving 720 letters; over 1200 public posts on our website; over 330 private comments on our website; 110 completed feedback forms; and a further 130 responses to the NHS Future Forum inbox.”

However it remains the case that the performance across then NHS appears patchy and the public was woefully uninformed. This listening exercise has provided no greater legitimacy to these reforms. It has been likened to a PR campaign. On this evidence, it would make an unfortunate text book on the subject.