Ben Fox looks at whether the big banks remain too big to fail. 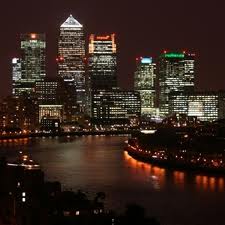 The writing is increasingly on the wall for Britain’s banks. The cross-party Treasury select committee has recommended, in a detailed report on competition in retail banking, that the British banking sector is uncompetitive and should be broken up. This is a hammer blow to the banks, especially with the Independent Banking Commission (IBC), chaired by Sir John Vickers, due to report within the coming months.

The report pulls few punches. Market concentration of the ‘big five’ is so big that they have become ‘too big to fail’ and are getting bigger. Deposits and investments are made at institutions that are, with the exception of Barclays, effectively underwritten by the taxpayer.

Meanwhile, each merger and acquisition made as a result of the near collapse of RBS, Lloyd’s other banks at the height of the financial crisis are described as “a missed opportunity” to encourage diversity.

The report states that:

“In 2008 the market for SME liquidity services was dominated by just four firms who shared 80 per cent of the market.”

It also accuses the big banks of failing to provide enough information to customers about the costs of current accounts that would enable them to decide whether to take their money elsewhere, and argues that the process of switching banks is slow and cumbersome. The reality is that we often end up spending wildly different amounts for the same banking services.

“Probably all you need to know is that a maximum 9 per cent or so of retail customers move their current accounts in any year, and the more relevant figure – when adjusting for what consumers do with relatively unimportant second or even third accounts – may be as low as 3 per cent per annum.”

But while these statements are merely very embarrassing to the banks, the real kick in the teeth comes in the committee’s insistence that the banking regulators must divorce retail from investment banking.

This proposal, which would see the high risk investment arms of banks being kept separate from their deposit accounts and other long-term saving products, is something the banks are implacably opposed to. It would mean that a bank that had made bad investments would be allowed to go bust without needing a government bail-out, while keeping conventional savings and retail products safe.

The banks argue that, were this to happen, their costs will expand, making Britain less attractive to large-scale foreign investment.

But the logic is very difficult to argue with. The ‘too big to fail’ banks have a massive advantage of the rest of the sector. They can borrow more cheaply than smaller institutions because lenders know that any loans are effectively covered by the taxpayer (or in Barclay’s case, by Saudi investors). In short, reconstructing the banking sector’s big beasts would go towards addressing the too-big-to-fail problem and improve financial stability and competition.

There is also good news on mutual. The committee is critical that the government has so far failed to take them into account. It also states that the Treasury should “set out the terms” of the government commitment to bring forward “detailed policies to foster diversity in financial services and promote mutuals”.

“Clearly much less competitive than a lot of the sectors we look at. In huge sectors of the economy – retailing, distribution, airline transport, and so on – we see high levels of competition, innovation, costs coming down and no real difficulty in firms earning a profit for their shareholders and managing to pass on low prices to customers – (firms) being very innovative in the process and driving up productivity growth in the economy.

“That picture does not characterise the banking sector.”