Dominic Browne reports on the electoral success of an anti-immigrant, homophobic party in Finland, and the wider rise of nationalist parties in Europe. 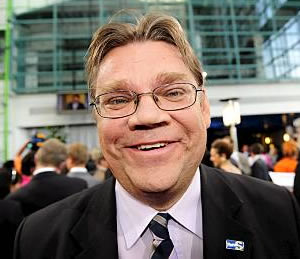 A nationalist, anti-immigration and homophobic party won 19 per cent of the Finnish vote last night to secure third place in the national elections and possibly a place in a coalition government. The “True Finns” party, led by Timo Soini, rose from winning 4 per cent at the last election.

The BBC’s Gavin Hewitt cited several factors to their sudden success: resentment at EU bailouts; anxiety about unemployment; fears of a jobless economic recovery; anger at pension reductions; and fears about immigration.

In Finland, parliament has the right to vote on EU bail out requests, meaning the True Finns’ strong showing in the elections may lead to the prospect of a delay to the rescue plan for Portugal. They have committed to vetoing bail-outs including the current deal for Portugal.

“The True Finns saw political potential among the neglected people in society. Their political message is two-fold: social-democratic welfare combined with nationalism and xenophobia…

“They believe that a low birth rate is not solved by immigration, as that results in problems and foreigners do not fit into Finnish culture. Instead, young women should study less and spend more time giving birth to pure Finnish children.

“That is like a faint echo of Nazi ideology.”

A quick look at their manifesto reveals other disturbing aspects to their platform:

“True Finns do not accept same-sex marriage ceremony, because marriage is intended to (be) between man and woman… The right to adoption do not give the same sex couples. True Finns have not accepted either of infertility adoption for single women or female couples…

“When in integration policies should be underpinned by the principle of “when in Rome do as the Romans do”, because it is a migrant and the host society. Primarily to refer to the laws of Finland, but also cultural norms are part of our society.

“State granted cultural aid money must be controlled so that they strengthen the Finnish identity. Artsy post-modern experiments instead should be left to individuals and economically market responsibility…”

This fits in with a worrying pattern across Europe of support leaving mainstream parties and growing for nationalists. Yesterday, Left Foot Forward reported on the rise of UKIP in the UK, while Peter Spiegel writes in the Financial Times of the trend across Europe:

“We are witnessing Europe’s own Tea Party moment… [All the mainstream parties] tread lightly when confronting their populist opponents.”

This should be a wake-up call, and force mainstream parties to change this tactic.

26 Responses to “The truth about the “True Finns””