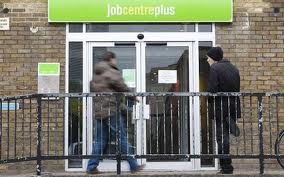 The research centres on the step change taking place when young workers qualify for the full adult NMW giving them a legislated hourly wage increase of about 16-20 per cent from the youth minimum wage.

In the discussion paper: “The UK Minimum Wage at Age 22: A Regression Discontinuity Approach”, by Richard Dickens, Rebecca Riley and David Wilkinson, NIESR have found that:

“on turning 22, the employment rate among low skilled individuals increases by about 2-4% points…

“The results here are consistent with the hypothesis that on turning 22, young low skilled people find work more attractive compared to when they were 21 years old, because the wage on offer has increased. This may induce them to increase participation in the labour market, or to increase their job search intensity.”

Workers now qualify for adult minimum wage at 21, prior to October last year it was 22. NIESR state that the analytical framework they used, namely a regression discontinuity approach comparing outcomes for individuals around this age threshold, provides:

“an important insight into the employment impacts of higher minimum wages.”

The NIESR does point out mitigating factors to this research. They advise caution in generalising the findings to the wider labour market, as they centre on young workers, and warn that the research is based on NMW over a period of strong employment and growth.

This evidence, even allowing for the factors specific to youth employment and strong economic growth, demonstrates that the NMW does not necessarily mean lower employment levels. Fairer wages can create an incentive to work.

With youth unemployment at a record high this is a pertinent issue which this research sheds important new light on.

These findings show flaws in the arguments advanced by right wing think tanks such as the Adam Smith Institute (ASI).

Eamonn Butler, writing for ASI, argued that “many employers think a large proportion of young people are just not worth that amount of money”. The amount in question being £4.92 per hour for 18 to 20-year-olds and £5.93 for those 21 and above.

“It’s time to scrap the minimum wage for young people. It just prices them out of jobs, so does them no good at all.”

Unfortunately Mr Butler and ASI seem to blame large scale youth unemployment on the lure of welfare and a lack of skills:

“Sadly, too few youngsters are not getting into the work stream but instead are getting drawn into the welfare stream…

“They (the young) may have no marketable skills. They will have little or no experience of how workplaces operate. They might, after a decade and a half of state education, even lack basic life skills.”

Many would find this is a disingenuous and insulting argument. The idea being that, despite the fact we are clearly talking about low skilled work with on the job training, young people are just too incapable to be paid a fair wage. Even if one were to accept there was any truth in this, one would still have the problem of how to incentivise young people into work so as to give the necessary experience, if a pay of £4.92 an hour has already priced them out of the market.

The ASI should be pleased that this new research shows young people, even from state schools are rational enough to respond to financial incentive.

They also might be pleased to hear that state schools were good enough for not one but two recent Tory prime ministers who did enjoy “basic life skills”.