Joe Cox and William Cass make the case for re-mutualising Northern Rock - rather than privatising the rescued bank. 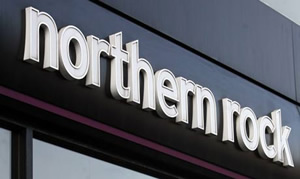 By Joe Cox and William Cass

Northern Rock has now been in public ownership since February 2008 when it was nationalised in an attempt to safeguard the deposits and 6,500 jobs in the north east; since then, debate has raged about what the government should do with it.

In March 2011 UKFI appointed Deutsche Bank to undertake a feasibility study on the:

“…strategic options for returning the company to private ownership.”

The two main options are privatisation and re-mutualisation. In practical terms, re-mutualisation involves converting Northern Rock into a financial institution owned by its members, those people who hold bank accounts and/or mortgages with it.

Up until now the central argument against re-mutualisation from both the right and the left (including Kitty Usher, director of Demos) has been that privatisation would offer a better deal for the taxpayer. This argument has been rebuffed this week by a report from Landman Economics. The report makes the economic case for re-mutualisation of Northern Rock.

The central argument is that re-mutualisation of Northern Rock would reduce the chances of another financial meltdown by:

• Increasing the size of the mutual sector relative to the plc sector;

• Broadening the diversity and competition in the sector.

Re-mutualisation would also have numerous other benefits including:

Money could also be recouped for the taxpayer in the medium to long term through profit participating deferred shares.

With Barclays’s Bob Diamond signalling this week that Barclays must increase its risk appetite, the government needs to think twice about the long term implications of selling Northern Rock to the private banking sector.

If the private banking sector encourages high risk investment strategies, re-mutualisation offers the opposite. Mutually owned building societies did not cause the financial crisis and on the whole have weathered it more successfully. It is in the interests of all taxpayers to see them play a greater role in our financial system.

11 Responses to “‘Return the Rock’: Re-mutualise or privatise?”