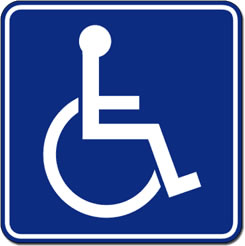 By Sue Marsh who blogs at Diary of a Benefit Scrounger

Whenever I write about the Employment Support Allowance, (ESA, previously Incapacity benefit or IB) someone, somewhere will always use the phrase; “Well, obviously those in genuine need must be supported”. I have never before heard anyone say, we just don’t have the money so some genuinely sick and disabled people will just have to suffer. Yet as I’m writing this, that is the exact rationale being used.

It’s not debatable. The Harrington report, (pdf) the Citizens Advice Bureau, the government’s own advisory committee (the Statutory Social Security Advisory Committee), Compass (pdf), and even Professor Gregg, the professor responsible for designing ESA has concluded that ESA is “unfit for purpose” “chaotic” and “a shambles”.

Nonetheless, rather than accepting the advice of the Harrington Report in full as claimed, the roll out of ESA, first introduced under Labour’s James Purnell, has carried on relentlessly. The reassessment of all 1.7 million previous claimants of IB, started last week. There is little evidence that ESA assessments have changed in any significant way at all or that the Harrington report has in fact been implemented.

Forty per cent of claims are going to appeal with up to 80 per cent of those decisions overturned at tribunal, costing the taxpayer nearly £20m alone.

The system of assessment is totally flawed and penalises those with long term (chronic) conditions or mental illnesses. Many of these people, including those with terminal cancer, parkinsons, MS, kidney failure, heart disease, bowel disease, autism, schizophrenia and hundreds of other conditions are being found fit for work. Some are dying before lengthy appeals can be heard. This alone should shame us all and must be changed immediately.

In the comprehensive spending review however, George Osborne has compounded this “shambles” still further by announcing that for those found capable of doing some work with the right training and support, (the Work Capability Group) contributory ESA will now be time-limited to one year if the claimant has a working spouse.

At least another full third of claimants will be affected by this policy, resulting in many who are very unwell or seriously disabled being left totally without state support after a year. This will mean a loss of a massive £4,661 for working families who are already struggling to get by on one wage, whilst also coping with the strain of long term illness. It is vital to remember here, that this is something that will only affect working families. Anyone without a partner or with a partner who doesn’t work will continue to receive the benefit. Only families struggling to go on supporting themselves independently will be affected.

This goes totally against everything Iain Duncan-Smith says he wants to do with universal credit – making work pay and tapering benefits. The cap will be set at just over £5000 a year, with the total loss of ESA after that amount is earned. It is three times more than higher rate tax payers on over £40,000 will lose in child benefit. Put simply, working partners will have no choice but to give up work and become full time carers, pushing many of these families into 100 per cent state dependency.

Remember these people have been found to be seriously unwell or disabled, they are in genuine need, they are just considered capable of doing some work at some time. Whether there is work available or not, whether suitable opportunities can be found or not, their ESA will be stopped totally after one year. This is not supporting those in genuine need. This is cost cutting with a total disregard for the consequences.

Recently, the Department of Work and Pensions announced a public enquiry into ESA. The closing date for submissions is this Thursday, April 14th. Anyone affected should respond and make their arguments in a short statement. Will you lose ESA after a year? How will it affect your family? Do you currently claim IB but will soon be transferred across to ESA? Have you already been through an ESA assessment? Was it fair? Do you have a long term condition that will not improve in one year? Do you think the government understands these conditions?

Simply tell your story in your own words and send it in with your contact details via the email link. The more submissions the enquiry receives, the more chance there is of changing the policy. This part of the Welfare Reform Bill simply must not pass into law. It will cause untold hardship amongst one of the most vulnerable groups in our society – something we all claim to be against.

• To raise awareness, The Broken of Britain have been using the hastags #fitforwork and #TBofBworklifestory on twitter and will be running them until Thursday. If you get a chance, take a look. They are inspiring, thought provoking and humorous. If you’d like to join in, all the better!