Neil Coyle gives a robust, evidenced based analysis of the latest DWP figures on disability benefit re-assessments and attempts to get people back into work. 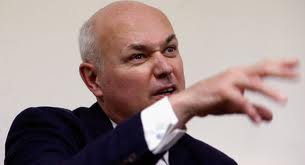 Neil Coyle is Director of Policy for the Disability Alliance and a Labour Councillor in Southwark but writes here in a personal capacity.

Once again the government has released statistics which cultivate the perception that benefits are widely misused.

The statistics cover applications for Employment and Support Allowance applications that took place between the somewhat arbitrary dates of 27th October 2008 and 31st August 2010.

They include thousands of people, 38 per cent, who did not undergo the Work Capability Assessment which determines benefit entitlement. Discounting incomplete assessments, 64 per cent were believed to be ‘fully fit for work’. The press fail to report, however, that 71,600 people successfully appealed this decision (pdf) in 2009/10 alone and consequently moved onto Employment and Support Allowance (ESA), costing almost £8 million to the tribunals system.

The underlying issue is the change in rules which govern benefit entitlement; Labour changed from a more passive incapacity benefits system to the ESA model of greater expectation to work in 2008. This had the support of many stakeholders, including disability organisations, based on evidence that many disabled people want to work.

So the figures do not demonstrate widespread fraud, but show that out of work benefits and support are being updated and redesigned to reflect modern possibilities. The challenge is that the new structure was supposed to be coupled with genuine work opportunities and additional support to get and keep work for disabled people and others being moved off incapacity benefits.

However, the coalition government has eroded support (including ending the Pathways to Work scheme) and DWP seem remarkably less keen to publish data on the ultimate objective of the ‘welfare to work’ agenda: the number of people moving off benefits and accessing and sustaining employment.

So take the statistics with a pinch of salt and consider whether this is just crude ‘work-shy’ posturing of the Harry Enfield ‘Tory Boy’ variety as we approach significant UK elections in May.

The process to move people off incapacity benefits and into work was begun by Labour in 2008. The task to deliver employment should not be underestimated; over 40 per cent of the people being moved off Incapacity Benefit have a mental health problem and 40 per cent have no formal qualifications.

Helping people into work also requires jobs to be available. With the coalition committed to axing significant public sector jobs, depressing private sector employment in turn, it will be harder for disabled people to compete for opportunities. There are already more than 10 people seeking each full time vacancy. And moving people into work takes time. Labour introduced Pathways to Work to help some disadvantaged people get and keep work, but only 13 per cent of the disabled people helped by Pathways were able to return to work within a year.

The coalition, however, has announced the time-limiting of out of work benefits for many disabled people receiving ESA to just one year. After that, further poverty and exclusion beckon for some of our most disadvantaged citizens.

Iain Duncan Smith’s DWP has also scrapped Pathways and restricted the use of Access to Work (which helps employers take on disabled people), but the flagship ‘Work Programme’ will not begin operations until June 2011 – leaving many disabled people lacking support to get and keep work.

Further evidence is also emerging of how government cuts are undermining local authorities’ ability to support disabled people into work.

The message under the coalition is clear: don’t get ill, have an accident or lose your job; support may not be available.

Progressives must champion the age-old Labour value of employment for all who can work. But this sentiment of supporting people to get and keep work is being undermined by pernicious tabloid headlines stereotyping benefit recipients encouraged by DWP statistical releases which are neither robust nor contextualised.