George Osborne's economically flawed argument today about Portugal has been quickly rebutted. The OECD's new report includes even more evidence that Britain is not Portugal. 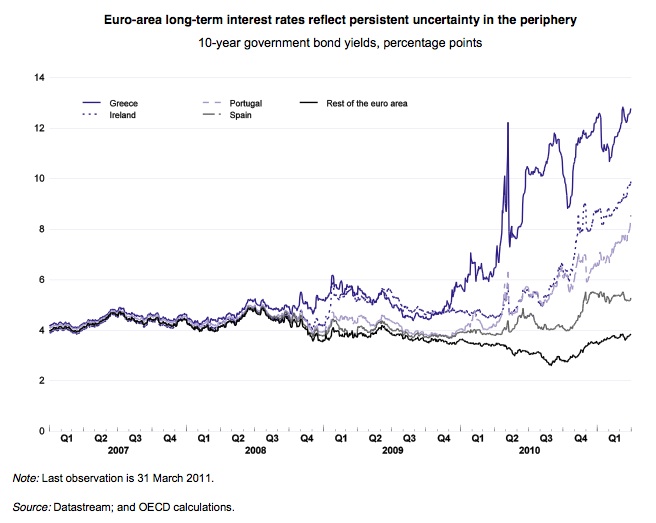 George Osborne’s economically flawed argument today about Portugal has been quickly rebutted by the left’s best bloggers. The OECD’s new report published on Tuesday includes even more evidence that Britain is not Portugal.

“Today, of all days, we can see the risks that would face Britain if we were not dealing with out debts and paying off our national credit card. These risks are not imaginary.”

In response, economics’ blogger Duncan Weldon points out that:

“Portugal’s average debt maturity is 6.8 years, the UK’s is 14. That’s one reason why Portugal could only borrow at around 10% per year, whilst markets will lend to the UK at only 3.75%.”

“the Barclays Capital Fiscal Vulnerability Index (see Table 3.1 of the IFS Green Budget), ranks the UK as 1st on public debt duration and as joint 1st on the percentage of borrowing that is in domestic currency (leaving it less exposed to the foreign bond markets).”

For the case of Common Sense vs. George Osborne, I offer Exhibit C from the OECD (p.18).

The chart above shows that the spread between yields on Portugal’s 10-year government bonds and the rest of the euro area began at the end of 2008. This was precisely the point that Labour announced its stimulus plan, which successfully offset the worst impact of the recession and the Conservatives decided to abandon their commitment to Labour’s spending plans. Since that point, the UK’s 10-year gilt yields have bobbed from 3.1% to 4.1% – at or close to the euro average.