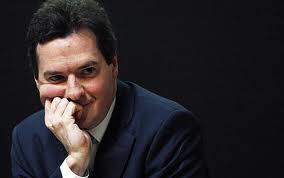 The chief economist of the British Chamber of Commerce (BCC) has predicted that, excluding the effect of snow in December, the economy may have only grown 0.1 to 0.2 per cent in the six months to March. If true, it may mean that the Office for Budget Responsibility (OBR) will have to revise their growth figure for 2011 for a third time.

“Growth in the service sector, which makes up the largest part of the economy, remained weak in the three months to March, while manufacturing growth slowed, according to a survey by the British Chamber of Commerce of its more than 6,000 members. The report is likely to raise fears about the recovery after the economy unexpectedly shrank 0.5 per cent in the fourth quarter of last year.

“The BCC is forecasting growth of just 0.6-0.7 per cent in the first quarter, suggesting that the economy barely grew once an automatic bounceback from a snow-affected fourth quarter is taken into account. However, the survey covers the period from mid-March back to late December and so may have been distorted by the impact of the snow at the beginning of the quarter.

“David Kern, chief economist at the BCC, estimated that, excluding the effect of the weather, the economy may have only grown 0.1-0.2 per cent in the six months to March.”

The OBR are currently predicting growth in 2011 of 1.7% after revising down earlier predictions of 2.6% in June 2010, 2.3% following the Emergency Budget, and 2.1% in November. Last month the BCC downgraded their own prediction to 1.4%.

Today’s news follows grim releases last week on the retail sector and consumer confidence while it has become clear that the government will only meet its growth projections if there is an increase in household debt. It is therefore little wonder that IPPR director, Nick Pearce, is predicting a cruel month ahead for the government with poor inflation, unemployment, and growth figures compounding likely defeat in local and national elections on May 5th.

But if pressure mounts on the Bank of England to tackle inflation, the only Plan B left to save the economy will be a slower pace of spending cuts.