Responding to today's publication of the Windsor Review, Tom Gash, a Fellow of the Institute for Government, says police pay reform should promote performance - not penny-pinching. 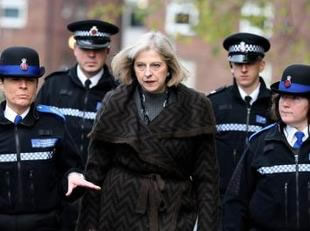 Tom Gash is a Fellow of the Institute for Government; he writes here in a personal capacity

Police pay is back in the news again. Last week, home secretary Theresa May reaffirmed the government’s commitment to ensuring the police do not escape the two-year freeze for all public sector workers earning more than £21,000. And today, Tom Winsor, the former rail regulator who is leading the Independent Review of Police Officers’ and Staff Remuneration and Conditions, endorsed May’s position.

In addition, he proposed suspending police officers’ tenure-related pay increases for two years, and further reducing costs by revising the system of additional payments currently made to police officers when they work in especially demanding, unsociable or unpleasant roles.

As expected, he also advocated the creation of a voluntary redundancy scheme for police officers, in an attempt to overcome legal difficulties in dismissing officers.

Perhaps inevitably, both the home secretary and the Winsor Review appear to be focusing initially on reforms that will help the coalition government meet its target of reducing central government police grants from £9.6 billion in 2010/11 to little more than £8.5bn in 2014/5.

In some ways, the emphasis is unavoidable. Police pay and pensions account for a hefty 88 per cent of total police spending and overtime payments alone account for around 2%, or £2,656 per officer per year. Given that it’s rare for more than 4% of police officers to leave the service each year and it’s virtually impossible to dismiss police officers, spending targets can’t be achieved through officer reductions alone.

Besides, falls in police numbers are far less politically palatable than wage restraint, as seen in the reaction to today’s leak from the Association of Chief Police Officers, which estimated a fall of 12,000 officers over four years and reductions of 16,000 in police staff.

Yet the short-term focus of current pay debates risks missing a once in a generation opportunity for radical reform of police pay structures.

Winsor was right that the system of supplementary police payments needed revision and his recommendations here appear sensible; but previous research, including by the Institute for Public Policy Research, has highlighted two more deep-seated problems with that current proposals will do little to tackle.

First, as the Winsor Review recognises, current pay systems reward officers for their length of service rather than skills or performance. Constables receive pay increases of between two and six per cent for the first ten years of their careers on top of inflation-related pay settlements agreed by the Police Negotiating Board.

This is expensive and out of line with other professions but it also means that officers who find they aren’t suited to policing can’t find alternative employment with comparable pay elsewhere. Demotivated officers therefore stick around, and their lack of enthusiasm can in turn demoralise high-performers, who are further discouraged by the fact that there is no accelerated career path for high-potential recruits.

The second problem is that pay systems reflect and reinforce a two-tier workforce in policing. Police staff (those who aren’t permitted to execute arrests) carry out essential roles in policing and can dramatically improve police cost-effectiveness. For example, a police community support officer can patrol your street (outside London) for a salary of £16,000 per year, while a constable with 10 years’ service would receive £36,519 for doing the same job.

Yet, unlike the police officers they work alongside, staff can face compulsory redundancy, are paid more closely in line with market rates and are often undervalued within the police service. As a result, police staff are twice as likely to lose their jobs over the coming years, with ACPO figures suggesting a 16% fall in staff numbers, compared to a fall in officer numbers of just 8%.

Recommendations to deal with such problems may well emerge from the second part of the Winsor Review, which is due to report later in the year.

But it is a clear risk that the coalition’s appetite for long-term structural reform of police pay will wane as it uses up its political capital on short-term measures aimed at deficit reduction.

9 Responses to “Police pay reform should promote performance, not penny-pinching”