There has been a lot of confusion regarding the referendum that will be held in Wales tomorrow, Thursday, March the 3rd, writes Plaid Cymru's Director of Policy Nerys Evans. 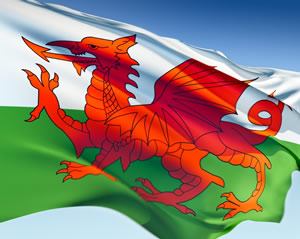 There has been a lot of confusion regarding the referendum that will be held in Wales tomorrow, Thursday, March the 3rd. So what exactly is the question facing the people of Wales? The Assembly can currently legislate in 20 areas including Health, Education and Housing but before we can pass laws in these areas we must ask permission of the UK Parliament.

This is a slow, complicated, cumbersome and costly process that can take years. In 2007, our Plaid housing minister in our Welsh government wanted to pass legislation on housing and it took three-and-a-half-years to negotiate to get the power to do so.

A law is now going through the Assembly but years have been wasted where the government could have been helping the people of Wales with affordable housing and other housing-related issues. When the powers are transferred to the Assembly, it is the Assembly Members who formulate, scrutinise and pass legislation in Wales – the UK Parliament is not involved in the process of making laws in Wales.

This referendum is about making sure the Assembly has the tools to do the job in the 20 areas it has control over. All parties in the Assembly support the referendum and support a ‘Yes’ vote. A ‘Yes’ vote would make government and politics more efficient in Wales.

These powers exist in Scotland and Northern Ireland – they have full control over the policy fields that have been devolved. It is only right that we in Wales also have these powers.

It is about respect and parity, and I hope the people of Wales vote ‘Yes’ on March the 3rd, so we can increase the effectiveness and efficiency of government and governance in Wales.

13 Responses to “Wales Referendum 2011: The case for more powers for the Welsh Assembly”