Sally Hunt, general secretary of the University and College Union, reviews a new report on the benefits of having more academics on university boards. 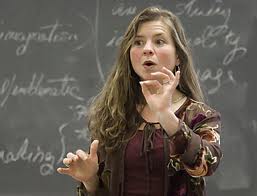 A report out today is calling for more people with an education background to be appointed to the boards that make the key decisions in our universities. This may seem strange to people with less than a passing interest in university governance; who understandably presumed that university governing bodies are already full of individuals with a decent understanding of academia.

Sadly that is not the case. Many universities have gone down the dangerous road of appointing large numbers of governors with backgrounds in business or large public sector organisations, which operate completely differently to universities.

Recent high profile cases such as London Metropolitan University and the University of Cumbria, which had to be bailed out by the Higher Education Funding Council for England (HEFCE), highlight the importance of having people who understand higher education and who are prepared to listen to the concerns of the academic community.

The report, from the Higher Education Policy Institute (HEPI) on the importance of good university governance, calls for university governing bodies to have a greater proportion of governors with “deep knowledge and understanding” of the sector.

We believe that Professor Malcolm Gillies, the report’s author, is right to conclude that:

“[it is] no more acceptable to appoint governors without deep knowledge, understanding and sympathy with the higher education sector than it would be to appoint to the board of a company people without similar attributes with regard to the industry of the company concerned.”

Our universities face an incredibly challenging year and there will be very difficult decisions taken in board meetings across the country. We all need confidence that the people sat in those meetings understand the issues, the consequences of their decisions and the impact both on society and within the local community.

Universities are unique organisations where academic freedoms must be allowed to thrive. The main function of university governing bodies should be to protect the institution against interference by government and business and we don’t believe that can be achieved through reducing staff representation on academic boards.

We can’t afford to have situations where decisions that impact on the majority of staff and students can be taken in isolation from those most affected. Other institutions could learn from Oxford and Cambridge who continue to reject the corporate model in favour of being governed by the academic community.

Staff in our universities understand higher education because they are at the sharp end of it day in, day out. They know the real impact the changes made ‘upstairs’ have on their work and their students. Yet too often, their voices are drowned out by the silent nodding majorities. Packages of job cuts, decisions about staff pay, reorganisations or a vice-chancellor’s most recent strategic vision can be rushed through under the cloak of democratic governance.

We have to strengthen the academic input to governing bodies to protect the distinctive ethos of the university and its independent role. It is no coincidence that those universities with the highest academic reputations worldwide tend to be those which are the most democratically governed.