If you asked most people, they would tell you that in Britain today, mobility is low and inequality is high, writes Lee Savage research and policy analyst at the Resolution Foundation. 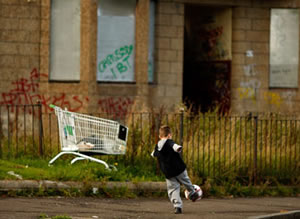 If you asked most people, they would tell you that in Britain today, mobility is low and inequality is high. The evidence certainly points to both of these conclusions with the UK ranked as one of the least mobile and most unequal societies in the developed world.

Politicians have sought to tackle both issues through taskforces and policy reviews but few have considered how mobility and inequality interact with one another.

In theory, when mobility – as measured by earnings – is high then the rate of inequality matters less because the same people are not consistently benefiting from the rewards associated with being at the top of the earnings distribution.

Likewise, those at the bottom know they can work their way up the ladder and will not persistently find themselves at a disadvantage. However, theories that look elegant on paper are often complicated by real economies and societies.

The Resolution Foundation has published new research that examines earnings mobility over the 1990s and 2000s for two cohorts of individuals in their thirties to forties. The findings show that mobility improved marginally in the 2000s compared to the 1990s. Upwards mobility that involved a substantial improvement in earnings increased by 22 per cent – though from a very low base, which meant that the absolute increase was just 3 percentage points.

At the same time as this improvement in mobility, the research also shows that the rate of inequality did not increase as rapidly over the 2000s as it did over the 1990s (in absolute terms average earnings over this period grew between 1991 and 2002 before levelling off and stagnating between 2003 and 2008).

So, does higher mobility mean we can stop worrying about inequality? The short answer is ‘no’. As ever, aggregate statistics can hide a world of important detail.

Our report shows that even though earnings mobility was higher in the 2000s than in the 1990s, the majority of higher earners remained in the same position over the course of both decades. The chart below shows that the chances of experiencing earnings mobility was much higher for those in the middle, where only 34% in the 1990s and 29% in the 2000s remained in the same earnings quintile, than either the highest or lowest earners. The effect of this low rate of mobility for both the highest and lowest earners is that earnings inequality is not transient; for the majority of people it is persistent.

The lowest earners are, by and large, not working their way up the ladder (at least not very far up) and the highest earners are seemingly less likely to be overtaken and find themselves moving down. Instead, most mobility takes place in the middle of the distribution with people able to get close enough to push their noses up against the glass ceiling, but mostly unable to break through it. A similar pattern can be found in the US where long-term earnings mobility (measured over 15 years) has increased since the 1950s at the same time as inequality rose dramatically.

This isn’t to suggest that the goal of increasing social mobility should be deprioritised. What is needed is a greater focus on where people are moving from, and where they are moving to. Further opening up the pathways into and out of the lowest and highest earnings brackets will be the key to any attempts to bring greater equality to the UK. An important part of that process will be understanding exactly who undergoes earnings mobility.

Little is known about the characteristics of the most socially mobile individuals in society and this will be the focus of the next Resolution Foundation report on the issue.