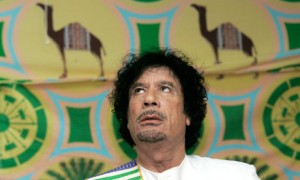 Last night Nato Secretary General Anders Fogh Rasmussen announced the organisation would be taking control of all military operation in Libya with “immediate effect”; however, the reality of the situation on the ground and the political wranglings needed to gain endorsement of such a takeover suggest that this will not actually occur for some days to come, writes former Army Captain Patrick Bury

As an excellent piece in today’s Guardian has highlighted, while Nato has appointed a Canadian General, Charles Bouchard, to command the air strikes, there seems to be a delay in handing command of them over to Nato.

This cannot be fully explained by the official line that the lengthy handover period will ensure that it is smooth, as General Bouchard has been controlling the ‘no fly zone’ part of Operation Unified Protector since Friday.

The real reason is likely to be the problems in establishing consensus for Nato operations within the alliance.

Firstly, it can be argued that the current coalition air strikes in Libya are pushing the boundary of the intent of UN Security Council Resolution 1973 by continuing to attack Gaddafi’s forces in areas where they may actually enjoy popular support from Libyan citizens, such as Sirte.

This being the case, some Nato member states, most notably Germany and Turkey, have probably used their influence to restrict the rules of engagement for Nato air strikes once the organisation takes command of this aspect of military operations. Such restricted rules of engagement will probably curtail Nato forces from striking any forces that are not attacking civilians, therefore barring it from attacking Gaddafi’s defensive lines.

Secondly, given the rebels’ quick run of successes in capturing the strategically important towns of Brega and Ras Lanuf yesterday, the more bullish members of the coalition (read Britain and France) are keen to continue prosecuting their air strikes while the rebels have momentum.

They will now be hoping for a quick advance all the way to Tripoli that will ultimately unseat Gaddafi and deliver them the majority of the victor’s prestige. They understand that the air strikes have been vital in giving the rebels their momentum and have therefore managed to retain the possibility of strikes against Gaddafi’s forces for a few more days.

Finally, where does this leave Nato? Despite the overt diplomatic manoeuvring by members, the alliance responded relatively quickly to the Libyan crisis, and prevented the high probability of a massacre of Benghazi’s citizens last week. Even if this response was relatively ad hoc, and whatever the ultimate outcome, the organisation has proved it stands alone in terms of capability and willingness to act.

But, like Britain and France, it too will be looking for a quick victory that can boost the perception of an organisation that has been damaged by involvement in Afghanistan.

The trick, therefore, is knowing when to quit. And as the history of conflict over the last half century tells us, this is the hardest trick to learn.