Amidst mixed messages from government ministers, there is an urgent need for clarity on the endgame in Libya, writes Matthew Pitt. 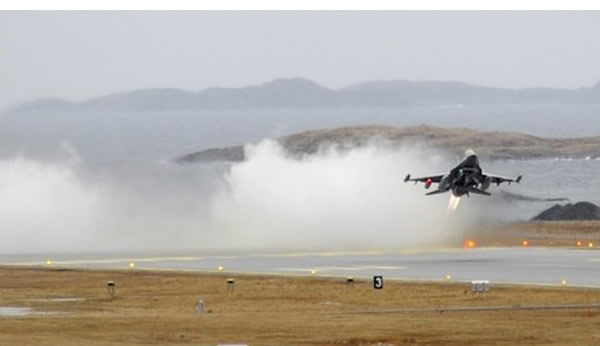 Contrary to popular belief, the ongoing bloodshed in Libya was not caused by the arrest of Fathi Terbil, the human rights lawyer, on February 16th. Instead, it was merely the spark to a revolution that was caused by decades of neglect and abuse by Gaddafi’s repressive regime that had left the east of the country in a severe state of under-development.

However, despite the gross and systematic violation of human rights, “including arbitrary detentions, enforced disappearances, torture and summary executions”, it should not be up to the West, the UN or even the Arab world to force a regime change in the country – it should be up to the Libyan people.

If we look back to what history teaches us, democracy should never be imposed by external forces.

In this hour of need, we have seen and heard how large swathes of the population are standing up to Gaddafi and they should most certainly not stand alone. Yet, many people’s support for a no-fly zone and any “necessary means” is closely followed by scepticism over the resultant length of the campaign and the lack of clear objectives.

First we heard Liam Fox, Secretary of State for Defence, acknowledge Colonel Gaddafi as being a legitimate military target – which was retorted by Chief of the Defence staff General Sir David Richards, who stated that this was “not allowed under the UN resolution”.

The UN resolution also gives no clear idea on what it intends to achieve. Apart from “a complete end to violence and all attacks against, and abuses of, civilians” it asks the international community to “find a solution to the crisis” – but what is the solution?

Depending on the UK government’s aims, the measures employed to achieve them will determine not only the extent of the campaign but also the threat to civilians on the ground and the degree of consent and participation by the Arab world, a vital factor for achieving any kind of tangible success.

Foreign secretary William Hague therefore needs to outline exactly what our forces seek to achieve and what our ultimate goal is in Libya.

Whether or not he answers the question in explicit terms, whatever actions we pursue must take account of the accusations currently held by a minority that this is a Western-led imposition of democracy – a perception that mustn’t be allowed to be adopted by a majority.

In order for this to be achieved, a number of Arab countries will have to take part militarily in the very near future, otherwise military operations may have to be severely limited in order to get them on board. It would be a small price to pay for the intervening forces, but possibly a much greater one for the Libyan people who continue to be dependent on outside help – signified by celebrations in Benghazi on the night of the Security Council passing the resolution.

The public therefore need the clear assurance that no action will run contrary to clause 4 in the UN resolution and not deploy forces “on any part of Libyan territory”, which would almost certainly transform support into opposition for Western intervention; furthermore, any disagreements over the endgame emerging within the coalition need to be resolved and clear objectives outlined.

Yes Gaddafi must go, but this cannot be done in a way that is opposed by the Arab world – and we therefore need complete clarity on what we are actually trying to achieve in Libya.

10 Responses to “Libya: What is the endgame?”