International intervention in Libya has suffered an early setback with the public, politicians and analysts displaying serious misgivings regarding the scope, timescale and goals of the military campaign, writes Seph Brown. 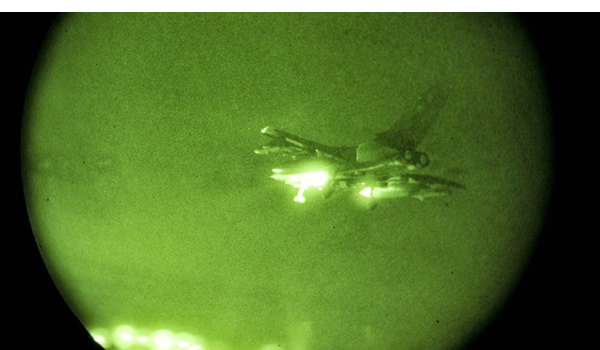 International intervention in Libya has suffered an early setback with the public, politicians and analysts displaying serious misgivings regarding the scope, timescale and goals of the military campaign, writes Seph Brown

Two polls show the UK broadly split in its opinion of the action – but contradict one another in terms of the level of support. A YouGov poll for The Sun showed that 45% of the British public supported intervention with 36% against; however, a ComRes poll for ITN showed that support was only 35% with opposition at 43%.

Another YouGov poll for the Economist in the United States offered a far more unambiguous result. When asked “Should the U.S. help Libyan rebels fighting against Muammar Gaddafi or should it stay out of the conflict?”, 57% of Americans answered “stay out” while only 19% said “help”.

This picture is likely to become starker as the timescale of the mission, and its increasingly blurred goals, come under growing scrutiny.

The old-guard of anti-interventionism have been quick to raise objections, including veteran MP Jeremy Corbyn who discusses the:

“…background of growing concerns about the nature of the military operation, the intensity of the air strikes, the implications for the whole region, and the real motive behind the Arab League in calling for this in the first place.”

“…if this revolution was being violently suppressed in, say, Mauritania, I don’t think we would be demanding no-fly zones. Nor in Ivory Coast, come to think of it.

“Nor anywhere else in Africa that didn’t have oil, gas or mineral deposits or wasn’t of importance in our protection of Israel, the latter being the real reason we care so much about Egypt.”

But it is not just the usual suspects who have shared concerns.

Tom Watson MP, who strongly supported the Iraq war in 2003, wrote first of his tentative support for David Cameron’s Commons motion on intervention, only to abstain and later explain:

“I left the chamber with a lot of unanswered questions:

“1. What are the objectives of this mission?

“2. What are the limits of the UN resolution?

“3. What is our exit strategy?

“5. Have we the appropriate military capacity?

“6. How strong is the international coalition?”

Meanwhile, advocates of intervention who vaunt the legality and international and regional support for military action are finding themselves under pressure from around the world.

India and Russia have condemned the extent of the air raids while the Arab League continues to waver from its original support for the UN resolution.

Most worrying is the potential for this intervention to become self-defeating in its regional scope. The No Fly Zone was a reaction to the violent crackdown on democratic forces in Libya, designed to reinforce the rebels and defend their civilian supporters from likely massacre. However effective this may or may not be in Libya, it is possible that this intervention may stifle the so-called ‘Arab Spring’ of democratic movements elsewhere in the region.

Phyllis Bennis , a Fellow of the Institute for Policy Studies and the Transnational Institute in Amsterdam makes this point forcefully, writing:

“It was after the UN passed its no-fly zone and use-of-force resolution, and just as US, British, French and other warplanes and warships launched their attacks against Libya, that other Arab regimes escalated their crack-down on their own democratic movements.”

Foreign affairs analyst James Kirchick makes a strong case for defending civilians from massacre whenever possible knowing intervention can’t happen everywhere; however, the inconsistency argument will continue to weigh on the allies involved in the Libya campaign.

As scores of protesters are shot in Yemen, a coalition of Gulf states continue to crush opposition in Bahrain and a violent crackdown grows in Syria, the allies will be under increasing pressure to act beyond Libya if they are to shed the label of hypocrisy.

There can be no doubt that rebel-held Benghazi and eastern Libya would have fallen by now without the forceful, albeit delayed, reaction by the western allies. Gaddafi’s retribution against the democratic forces would have been brutal and without mercy.

However, the coalition faces serious and growing questions around the extent, effectiveness and moral consistency of military action in Libya. These concerns must be answered swiftly if the haemorrhaging of support is to be stopped.