Tony Dykes of Action for Southern Africa asks if the focus on aid - how much, and who to - is the right one, and asks for the decision to cut the UK aid budget to Lesotho be reviewed. 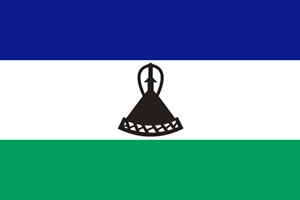 Tony Dykes is the director of Action for Southern Africa (ACTSA)

Last week the Department for International Development (DFID) announced the results of its aid review. There were winners, where the aid budget was increased, and losers where aid was cut completely.

Action for Southern Africa is asking that the decision to cut the UK aid budget to Lesotho be reviewed.

It is one of the poorest countries in the world and has the third highest rate of HIV/AIDS. Nearly 50 per cent of the population try to live on less than $1.25 a day.

DFID spent £5 million in Lesotho in 09/10. Not a lot. Lesotho is relatively small with two million people and that was one of the largest bilateral aid programmes. DFID itself says it is one of the poorest countries in the world with a high degree of vulnerability. So we think right to push for a rethink.

Yet, is the focus on aid, how much, and who to, the right one? Aid can be important and make a difference, it can be, perhaps often is part of foreign policy, aid can be misused but aid is not the same as development. This is not a plea for trade not aid. There is a role for both or more accurately good aid and fair trade. But what is it we should be really calling for?

How about a better, fairer, more just and sustainable world? Many people may support these broad aims but the arguments are about how we get there. How do we get positive change, a reduction in poverty and gross inequality, and an end to discrimination, with basic needs met and rights upheld?

Southern Africa has over the past 20 years witnessed profound and broadly positive political change, with the notable exceptions of Swaziland and Zimbabwe. The challenge now is to build on these achievements and achieve socio-economic transformation. This is the key development challenge.

How it is to be achieved is the subject of discussion and debate; it is inevitably political. It involves power, priorities and marginalisation. It involves organisation, mobilisation, trades unions, the public and private sectors, political movements and political organisation.

Whilst the experience of China may lead some to subscribe to the view that development, or at least poverty reduction, is achieved by a centralised leadership taking decisions, even there the political leadership has been responding, at least in part, to needs and demands from below.

The experience of southern Africa is different and a demonstration that development, including meeting needs and achieving rights is most likely to be met by, to quote Duncan Green:

So we may contest or endorse aid allocation decisions but the real campaign should be for a coherent development strategy which links domestic and international policy and priorities, includes aid but also rehabilitates the concept of solidarity, is based on a shared vision, a willingness to share and learn, to come together in partnership in which all contribute, according to their means, and all benefit.

The economic crisis is global in its impact; the dominant message is there is no alternative, of powerlessness. A key development challenge is to globalise hope and solidarity.