George Irvin, retired professor of economics and currently (honorary) Professorial Research Fellow in Development Studies at SOAS, looks at the economic impact of the Japanese earthquake/tsunami on Japan and the world. 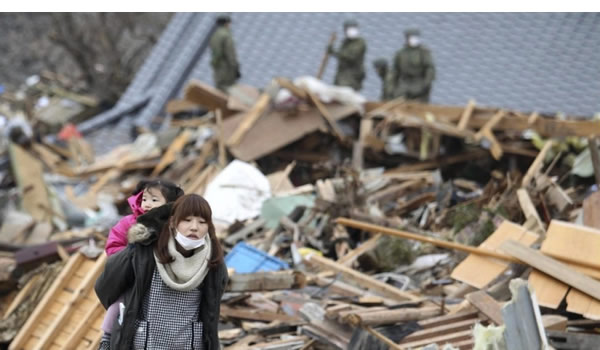 Things are moving so quickly in Japan that no-one can say at this stage what the final outcome will be. But without being too incautious, one can hazard a few comments on the likely economic effects of the disaster.

1.The economic costs to Japan will be high, but Japan can recover

Japan’s GDP is roughly $5.4 trillion, or 9% of world GDP. The highest current estimate of the insurance bill for the damage amounts to around $60 billion, or about 1 per cent of Japanese GDP.

Even if total indirect costs – including lost production – were five times this figure (which may well be the case), the cost would only be 5% of GDP spread over several years.

2.Much depends on the nuclear outcome

Japan imports 80% of its energy, and if forced to phase out nuclear – currently about a third of domestic capacity but programmed to rise to 50% over the next decade – the country’s energy costs will rise.

Given rising oil prices, one can expect some imported inflation, but since the country has suffered from chronic deflation (i.e., falling prices), low-to-moderate inflation would be no bad thing; remember that inflation reduces indebtedness.

3.Can Japan afford the clean-up given its high debt?

Much has been written about Japanese debt being the highest amongst OECD countries; the debt:GDP ratio is more than 200% and set to rise. But the conservative press tends to overplay the problem.

For one thing, Japan (like Britain) does most of its borrowing at home. For another, given the absence of inflation, the Bank of Japan (BoJ) can monetise a substantial chunk of the costs. The BoJ has already injected $180bn into the economy to offset the contractionary effect of the disaster and will almost certainly need to inject even more.

The real danger is that Japanese consumers, already deeply shaken by this national catastrophe, will redouble their efforts to save rather than spend. Weak consumer demand and private investment has been a major explanatory factor in the country’s poor economic performance over the past two decades.

5.There is a further problem too

As Richard Murphy has pointed out, if Japan’s banks get into serious trouble, this could trigger another world financial crisis; can one trust the wisdom of its bankers – including the BoJ?

6.Doubtless the economic turbulence in Japan will have overseas repercussions

The negative side in the short-term is that the world will cut back on nuclear use and become more oil-dependent, forcing up its price still further. This will strengthen the case of the deficit hawks who will insist even more loudly that the OECD countries must cut back on welfare, pensions, aid and so on.

Given that the world economy is already demand-deficient, such arguments need to be resisted.

7.And to end on a positive note…

The positive side is that the psychological impact of exploding nuclear plants will spur governments to invest far more in green energy – as well as in better earthquake and tsunami-resistant technology.

In sum, Japan is unlikely to undergo economic meltdown – but it must increase its public spending to offset the likely contraction in private demand regardless of what the financial markets think about its national debt. In particular, it will need to be innovative in moving quickly towards renewable energy sources.

Such a response would be the one positive outcome of this dreadful tragedy, not just for Japan but for the world.