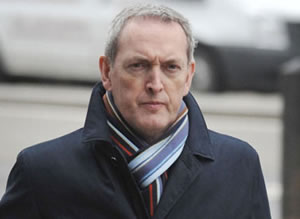 In his report Lord Hutton claims that moving public sector pensions to average salary pension will be better for the lower paid. Without stipulating a decent accrual rate this assertion is completely unfounded.

Career average schemes are fine in principle, but not when in fact they are used as a Trojan Horse for government lowering the value of public sector pensions. His breathtaking silence on the dramatic increase in employee contributions imposed by the chancellor is a complete dereliction of his obligations set out in the remit he was originally given.

As previously he has completely failed to recognise the distinct position held by the Local Government Pension Scheme (LGPS). Already one in four workers eligible to participate in the scheme opt out, the majority of these are low paid, part time, women workers.

Hutton claims his reforms will lead to better pensions for them but totally ignores the fact that they aren’t saving at all. His tacit support for contribution rates of more than 9 per cent even for the lowest earners will exacerbate a situation that is already worsening as the impact of repeated pay freezes and the rising cost of living is forcing low paid workers to stop saving.

Restricting access to public sector schemes to only those directly employed by the public sector will further limit the scope for the ‘Big Society’ ideology as every privatisation will lead to a further battleground as employees’ pensions are cut.

Twenty five per cent of the employers in the Local Government Pension Scheme are non-public sector employers, contrary to his pronouncements; by cutting these employers out of the scheme, the race to the bottom for UK pension provision steps up a gear.

Raising the retirement age of current members will be a significant detriment to many members of the unfunded schemes (NHS, teachers and civil servants).

However, once again Hutton has missed the point.

He claims public sector workers now spend a vast proportion of their lives in retirement. What he fails to acknowledge is firstly that actual retirement ages have been rising irrespective of scheme retirement ages and secondly employees can only keep working if there are jobs for them.

Increasingly this is not the case – employers are letting people go not trying to keep them working longer.

Setting a cap on taxpayer contributions sounds like a sensible policy but is deeply flawed in a funded, balance of cost scheme like the LGPS. In the unfunded schemes employer contribution caps were already in place. All Lord Hutton has done is give George Osborne the opportunity to reduce the cap.

Again this illustrates that the report fails utterly to address the part of Hutton’s remit dealing with encouraging membership by placing no limit on what should be considered affordable for members in a cost sharing context.

If workers cannot afford to participate in public sector pension schemes no amount of reform to the benefits will make any difference. Fewer people saving will lead to higher taxes as workers rely on welfare rather than their own pension saving.

The largest scheme in the country, the LGPS, a funded scheme with £150 billion of assets, will be decimated as members opt out and access to the scheme by private sector employers providing public services is stopped. This threatens investments in UK businesses as well as the retirement income of millions of people.

Here are some facts about pensions:

1. Far from escalating costs, the future service employer contribution to the LGPS is around 12% and falling while the NHS employers contribute 14% which was capped under the previous government’s reforms.

2. Regardless of normal pension age, the actual average retirement age is significantly higher than in assumed. This means that these members do not get to spend 40 to 45 percent of their adult lives in retirement and in fact retirement in practice has increased alongside increased longevity.

3. Whilst current public sector participation rates stand at 85% of employees, there is an extremely wide variation between workforces. Only 75% of those eligible for the LGPS are members of that scheme and participation levels are on an accelerating downward trend. The largest fund in the LGPS (Greater Manchester) report a 56% increase in opt outs in the last 12 months.

4. GMB survey of 2,000+ LGPS members found that 39%-53% would opt out if the Osborne Pension Tax was imposed. In the LGPS and NHS schemes the highest earners already contribute more than those on lower incomes.

5. Currently the NHS Pension Scheme returns a surplus of £2.3bn to the Treasury enabling it to fund Government spending in other areas, such as boosting state pension provision for all. The LGPS has an annual cash flow surplus of £4bn.

6. The average pension paid to public sector pensioners will continue to fall in real terms as the effects of the government’s dilution of the indexation protection take effect. Estimates of the reduction of pension values stand at 15%-25%.

7. The legacy of making swingeing cuts to the pension provision for 20% of the population, or pricing them out of pension saving altogether, will be increased pensioner poverty and more pressure on state benefits and public services.

• More information and the GMB’s formal submission to the Hutton Commission are available at: www.gmb.org.uk/pspc.

• See also: The papers get it wrong on pensions; here are the facts, February 21st.