Steve Tombs, Professor of Sociology at Liverpool John Moores University, and David Whyte, Reader in Sociology at the University of Liverpool, on the false justifications for Cameron's Health and Safety cuts. 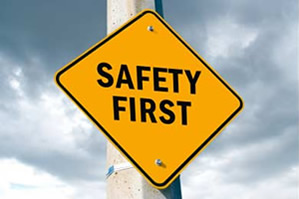 Steve Tombs is Professor of Sociology at Liverpool John Moores University, and David Whyte is Reader in Sociology at the University of Liverpool; they are authors of Regulatory Surrender, published by the Institute of Employment Rights

As we pointed out in an earlier article on Left Foot Forward, the Health and Safety Executive (HSE) now inspects a third of the workplaces it did a decade ago.  Moreover, the regulator investigates a paltry third of safety offences, and prosecutes less than half of the offences, than it did a decade ago. As we said: hardly a picture of health and safety gone mad, nor of bureaucracy holding back business or the economy.

Rather, it is a picture of institutionalised impunity for some pretty serious offences. The chances of being prosecuted for killing a worker have fallen by around 40 per cent since 2000.

The chances of being prosecuted for causing a serious injury, such as an amputation, or blinding a worker, are now hardly worth mentioning. Businesses are already off the leash: free, and becoming freer, from any oversight by the government safety regulator, the Health and Safety Executive.

Chris Grayling’s plans for the further emasculation of the UK system of health and safety regulation – part of the government’s long awaited strategy for growth – are based on several bogus claims.

Now, without the further cutbacks in inspections that he envisages, that fact would be troubling enough – for some of the so-called “low risk” workplaces are starting to look increasingly deadly. These may be less likely to be the sites of the deaths and serious injuries we became used to in the heyday of manufacturing, shipbuilding and mining – or even in the times in which the construction sector thrives. But these so-called low risk workplaces are more likely to be characterised by the ‘silent killers’.

For example, a horrendous catalogue of mesothelioma and other asbestos-related diseases is becoming apparent from cases of pupils and teachers in the UK’s crumbling schools. If the first wave of asbestos-related fatalities fell disproportionately upon building workers, the victims of the current wave have a very different profile.

Stress, HSE has long recognised, is “a major issue” – and as men and women are forced to work harder and longer for less, over many more years, in jobs that feel increasingly insecure, illness, injury and even suicides are likely to rise. More generally, studies suggest that up to 20 per cent of the UK’s biggest killers, including heart disease, cancer and chronic respiratory disease, are caused by work – a percentage which suggests an annual work-related death toll in excess of 50,000, not to mention the widespread non-fatal sickness and injury so-caused.

Yet currently HSE investigates much less than one per cent of the occupational illness cases reported to it. It prosecutes perhaps the same fraction, leaving employers with a miniscule chance of ever being prosecuted for poisoning or recklessly exposing a worker to deadly substances. The type of diseases and illnesses that characterise the ‘new economy’ are virtually unregulated.

And what of the manufacturing sectors that have thrived in the UK in recent years? They themselves have been characterised by high risks of dangerous occupational exposures. High-tech electronic industries are characterised by particularly virulent forms of cancer.

Deaths by horrific injuries are regularly reported in the various waste disposal and new recycling industries, those industries that have high proportions of casualised and precarious workers. The new economy has not ushered in a safer mode of working by any means.

Mr Grayling’s review of health and safety law is based on one big lie: that somehow businesses are being strangled by the costs of health and safety compliance. According to HSE studies, within the total costs of injuries and ill-health in Britain only a very small proportion actually fall upon employers; the overwhelming majority of these costs are borne by the men, women and the families affected by the deaths, injuries and illnesses, and by taxpayers in general.

So if we really want to attack an annual tens-of-billions of pounds drain on the economy and so help to plan for growth, we should tackle the criminal employers – get them to comply with the law or force them to pay for the costs of not doing so.

4 Responses to “Health and Safety cuts: Criminal businesses let off the leash”