Ed Jacobs reports on the Tory-led government's weakness and possible failure on the crucial issue of tackling child poverty. 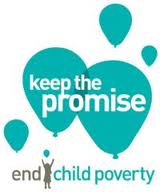 Following Dominic Browne’s article calling for further action to address the blight of child poverty, Left Foot Forward can reveal concerns that the government is about to breach its obligations under the Child Poverty Act 2010 despite its commitment to eradicating child poverty by 2020 as contained within the Coalition Agreement and the support of all parties for the legislation.

Under section 9 of the act, the government is obliged to publish a child poverty strategy every three years, outlining the measures it intends to take to meet its legal obligation to eradicate child poverty by 2020.

The legislation stipulates that the first strategy was due to be published within a year of it being passed by parliament, which would make today the final deadline.

Such a strategy however has not yet been published, as highlighted yesterday in Business Questions to the Leader of the House of Commons. Under sections 11 and 12, both the Northern Irish and Scottish Government are also obliged to produce such strategies, with the Welsh Assembly Government already legally obliged to do so under the terms of the Children and Families (Wales) Measure 2010.

The act goes on, in section 8 to outline the establishment of an independent Child Poverty Commission, which the Government must consult in preparing its strategies.

Despite their legal obligations to a) publish a first strategy by today at the very latest and b) ensure that the strategy is scrutinised by the Child Poverty Commission, the lack of either a strategy or commission raises serious questions over whether the Government is in breach of its legal obligations.

Indeed, in response to a written parliamentary question earlier this week, work and pensions minister, Maria Miller made clear that the Government had still not established the details of how the Commission would work.

“We believe the Commission must have a remit which will allow it to hold Government to account and drive progress towards reducing child poverty. We cannot justify establishing an independent commission which does not perform these functions effectively.

“This is why we have chosen to consult with our stakeholders and to carefully consider how the Commission should be taken forward, rather than rushing to set it up. Our plans for establishing a Commission will be set out in the Child Poverty Strategy, to be published shortly.”

The fact remains however that the Government should have published their strategy and established the commission by now and yet haven’t.

In proposing the legislation at 2nd reading stage in 2009, the then work and pensions secretary, Yvette Cooper outlined why the Commission was so important, saying of the legislation:

“It establishes a commission of experts to advise us and help drive us forward. It will force Governments to come back to Parliament time and again to demonstrate the progress being made. It ultimately means that the Government will be at risk of action in the courts if they fail.”

And in its submission on the previous Government’s consultation on the act, the Child Poverty Action Group (CPAG) concluded:

“CPAG supports the establishment of an expert commission, such a commission could not only offer policy advice and critique but help get buy-in across public, voluntary and private sectors.”

Without the Commission, concerns will be raised that a more politically and ideologically driven strategy is more likely without the full scrutiny of experts.

“The child poverty act was passed with cross –party support last year, but now the Tory-led government have simply brushed it aside.

“It’s clear they don’t take seriously the need for adequate family incomes, and failing to set up a child poverty commission as they’re required to do under the act shows they’re not interested in listening to the advice of experts.

“Of course poverty isn’t just about incomes, but it’s ideology, not evidence, that is driving the government now.”

11 Responses to “Has the government breached its child poverty obligations?”