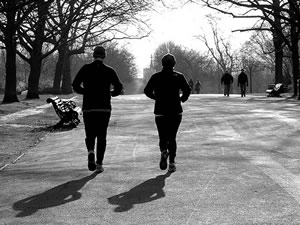 At first glance, public health does not have the glamour and interest of the wider NHS reorganisation debate that is dominating the headlines. Who ever saw an exciting television soap opera about public health?

But whilst the average member of the public may only go into a hospital a handful of times in their lifetime, it is core public health issues like alcoholism, nutrition, obesity, drugs, sexual health, smoking and mental health which affect many of us on a daily basis. That is why this Tory-led coalition’s proposals on public health deserve some greater scrutiny.

The Labour Party supports the proposals to move public health into local government, who will have a ring-fenced budget and a local Director of Public Health. There will be a new national organisation called ‘Public Health England’, into which a variety of public health quangos like the Food Standards Agency will be incorporated.

However, funding issues, the chaos of the wider Health Service re-organisation, and the extent to which the Tories are in the pocket of big business mean that these proposals are not going to be improving public health outcomes any time soon.

Nobody knows how much new public health money local authorities are going to get. I do not believe it can be effectively ring-fenced, if you leave it to local authorities to decide exactly what constitutes public health expenditure. My fear is that councils, already under bone-crushing pressure to make cuts, will simply re-label aspects of work that they are already doing (e.g. leisure services, environmental health and social care) as public health.

Meanwhile, some councils are busy cutting what public health activity that they have been doing up until now (e.g community midwives). So by the time the “ring-fenced“ funds arrive, the sum total will be less than the government is currently indicating.

The health secretary is imposing his wider reorganisation of the NHS, whilst blocking out an onslaught of criticism from all sides: from patient groups, professional bodies and health experts. But the response to the government’s proposals on public has been equally unsympathetic:

• The Royal College of Physicians have been ‘disappointed by the lack of detail, especially around how to deal with the threats posed by alcohol misuse, obesity and smoking’;

• The BMA have called for ‘tougher action’; and

The morass of the wider re-organisation means that all sorts of things are unclear:

• How public health will link with GP commissioning?

• What powers will the new Health and Well Being boards have?

• What will be the status and authority of the local Directors of Public Health?

These are some of the questions that still need answering.

It is a nonsense for the Tory-led government to talk about improving public health, when ideologically, it is firmly committed to so many things that are bad for the nation’s health. This is a government that is committed to big cuts pushing up unemployment which is known to produce poor public health outcomes.

One of the first things that Tory health secretary Andrew Lansley did when he took office was to scrap the ‘traffic light’ system of food labelling, caving in to the demands of big business. He is also pushing the preposterous notion of scaling back Change4Life and pressing industry for funding, and working with firms like Mcdonalds on public health.

The Labour government introduced a range of successful policies to tackle smoking. At the end of the last parliament we passed legislation to ban the display of tobacco at point of sale. The legislation is on the statute book waiting to be implemented. But we are still waiting for Lansley to take action.

What is becoming increasingly clear is that Lansley is more interested in big business than improving the nation’s health; when it comes to public health, we must not listen to what Lansley says, but watch what he is doing.