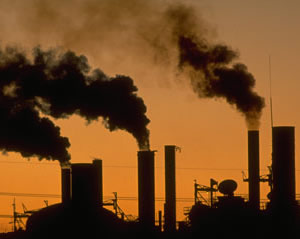 In Parliament yesterday, climate change minister Greg Barker became the latest Minister to fail to understand the size of this problem.

“…it is important to consider emissions associated with UK consumption as well as those from UK production.”

“…the UK has an important global influence in terms of embedded greenhouse gas emission.”

But he refused to request the Committee on Climate Change (CCC) to investigate the matter, thereby ensuring meaningful action will remain elusive.

This is just the latest refusal by the government to take the matter seriously. In January 2010 – during the only Parliamentary debate that has ever been held on this subject – DECC spokesman Lord Faulkner also turned down a call to mandate the CCC to investigate the matter, stating:

“Our view is that the committee [on climate change] has more than enough work to do in the next year to keep it busy.”

The committee’s work is commendable and consistently excellent. But is it really too busy to look into the small matter of the ongoing rise in UK emissions?

The CCC itself has repeatedly shown an interest in investigating outsourced emissions. In its meeting minutes, stretching back over the past two years since the committee’s creation, it has acknowledged the problem on multiple occasions.

Minutes from February 2009, for instance, note:

“…questions over consumption versus production based approaches to measuring emissions which the committee will return to.”

In November 2009, the committee states in minutes that its future work on agricultural emissions will include:

“…considering potential for emissions reductions through consumer behaviour change. This will require analysis based on both production and consumption based accounting of emissions…”

The committee’s chair, Lord Turner, has previously spoken of the need to consider new policies to address outsourced emissions, such as carbon tariffs on imports. In a Guardian article last March, Turner was quoted as stating:

“Business needs a clear and consistent market-based incentive to move towards a low-carbon economy. We can’t solve the problem by giving out emission allowances for free as the only option for internationally trading manufacturing sectors.

“Border carbon-price levelling should not be excluded, but rather subject to rigorous assessment alongside other options.”

The article goes on to state:

“It is understood that the Committee on Climate Change will review the issue this summer [2010].”

But Left Foot Forward understands that Lord Turner’s remarks were made in a personal rather than official capacity, and that no work has been undertaken by the CCC on the issue – though they remain open to the idea of consumption-based accounting.

Minister Greg Barker is correct to mention in his written answer that the CCC’s fourth carbon budget, released last December, briefly considers embedded emissions – but only in relation to food, and only on a product-level basis. In other words, it leaves out all mention of how high-carbon manufacturing has migrated overseas, and does not discuss a consumption-based system of emissions accounting.

Simply putting carbon labels on certain products is out of all proportion to the scale of the problem; on a consumption basis, the UK’s emissions have risen 19 per cent since 1990.

The government has managed to ignore the advice it has received on outsourced emissions to date. Until the Committee on Climate Change is mandated by government to investigate this, and until the UK starts taking responsibility for carbon outsourced overseas, we will continue to make serious omissions in counting our emissions.

16 Responses to “Why won’t the government investigate its carbon emissions?”