Ahead of the Budget on Wednesday, David Hilferty calls for a holistic approach to the climate, food and economic crises. 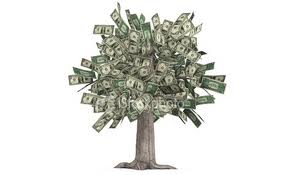 Political discourse of recent years has marked a seismic shift from the perception of a green economy as an indulgence to be cultivated only in times of economic prosperity, to a genuine route out of fiscal uncertainty and towards growth – the term has become a key tool within the lexical armoury of any politician who wishes to assume the mantle of the progressive… Yet behind a smattering of static sound bites, little in terms of substantive policy announcement has prevailed from a government that pledged to be the “greenest government ever”.

Enter, then, the UN Environment Programme’s ‘Towards A Green Economy’ report, to offer some much-needed elaboration on the process of ‘greening’ the economy, as well as laying down guidance to domestic policy makers on how to transform fine words into effective policy.

The opening pages of the Executive Summary (pdf, p2) defines a green economy as:

“…one that results in improved human well-being and social equity, while significantly reducing environmental risks and ecological scarcities”.

However, pessimistic voices may claim that this all-encompassing approach is surely too good to be true; in anticipation of such a response, the report (pdf, p4) caveats this definition, saying:

“…a strategy of reallocating investments towards the green economy may lead to slower potential economic growth for a few years”.

It is not difficult to realise why this observation is likely to send shivers down the spines of HM Treasury’s finest. After all, this is a government found hopelessly eager to blame snow for a contraction in GDP, rather than an ill-judged and over-zealous economic policy.

However, the findings of the report indicate (pdf, p4) that any slow growth will be mitigated by the fact that:

“…investments can help increase economic activity and employment in the short run.”

Such an injection of jobs is welcome news following a week in which the OECD predicted unemployment would be expected to remain above historical averages over the next two years, with young people continuing to be hit hardest.

Most important, though, is the UNEP’s conclusion (pdf, p4) that green investment:

“…will result in the long run in faster economic growth”.

This is, perhaps, the most crucial point from the report.

Growth, an element conspicuously absent from the Tory-led government’s cuts-fixated agenda, will be the product of committed investment in a green economy. Economic growth and investment in sustainable projects are not to be confused as separate and disparate entities. Rather, the two are inextricably connected.

As Gerald Holtham wrote in his recent contribution to Going for Growth, (page 72), cause for optimism is justified:

“It is unusual that a policy can solve two of the three economic problems facing the country without exacerbating the third. Yet this does precisely that. All that is required is to put away fashionable prejudice and approach the issues with fresh eyes.”

In light of this growing consensus, it will be interesting to see how the self-proclaimed greenest government ever reconciles rhetoric and action in the budget of March 23rd.

The Environmental Audit Committee’s recently published report on the GIB highlights the problems that continue to loom over its formation. First, the level of capitalisation at £1 billion from departmental budgets, with further capital to be raised by the potential sale of government assets, is widely considered inadequate. When challenged by the committee to account for the additional investment, the response from the Economic Secretary to the Treasury was typically reticent.

Justine Greening told the committee it would be “unwise” to disclose details of the proposed assets sale, or when these funds can be expected to be released. The response (pdf) from the committee underlines that it would be similarly imprudent to set up the bank with a half-hearted level of capital:

“Capitalising the Green Investment Bank with £1bn, plus unknown and unspecified proceeds from the future sale of government assets, will only be enough to start to lever in the scale of private sector finance required if it is able to operate as a ‘bank’.

“The government must keep the level of capitalisation under review, and be ready to increase it as soon as the fiscal position allows.”

Indeed, a close reading of the Comprehensive Spending Review report (pdf, p80) indicates that neither we nor the committee should be surprised by these government vacillations. The £1bn capitalisation is not due to be released until 2013-14, and no future investment is allocated for the following financial year.

Such a forecast is particularly discouraging when Ernst & Young considers £4bn-£6bn as necessary over the course of this parliament for the bank to be effective in tackling the investment barriers in offshore wind, carbon capture and storage and associated infrastructure.

Further concerns are raised about the pace of capitalisation. The committee reports that the GIB must be able to make investments within 12 months – failure to do so will inhibit the UK’s chances of having the support in place to meet the 2020 emission reduction and renewable energy targets. The rate of current progress will do little to inspire confidence.

Reports that plans for Green ISAs are to be dropped mark a further blow to the effectiveness of the GIB. Green ISAs, a key Tory policy in opposition, would have the capacity to raise up to £2bn a year to reinvest in sustainable projects. The catch? Any liabilities of a GIB will appear on the government balance sheet. Yet again, we have a government too blinded by a deficit reduction programme to recognise the long-term benefits of a long-term commitment to the GIB.

The more we learn about the Tory-led government’s plans for the GIB, the more it can be deduced that ‘bank’ will perhaps be something of a misnomer. Dissenting voices are heard from the government’s own ranks, Chris Huhne correctly noting that without the capacity to issue bonds the GIB will be nothing more than a fund.

The energy secretary’s concerns are shared by the Environmental Audit Committee, who note that:

“…a bank would signify independence and permanence.”

Anything less will not.

The worst thing the government can do is to undermine the scope of the GIB in its formative stages. All signs at present point toward the GIB as a fleeting policy gimmick, attaching itself to the crest of a green wave, rather than any genuine engagement with the transition to a greener and more sustainable economy – and this should be surprising when we recall the original source of the GIB proposal.

In opposition, George Osborne called for the need to:

“…bring to an end the stale argument that we have to choose between economic growth and the environment.”

The UNEP report, in addition to the findings of Environmental Audit Committee, thoroughly dispels the myth that one has to be forsaken in favour of the other. in government, however, the chancellor seems all too keen to reinstate these dividing lines and dated misconceptions.

The announcement on the GIB in the Budget on Wednesday will serve as the first test of how seriously the government is embracing the transition to a green economy.

18 Responses to “We need a holistic approach to the climate, food and economic crises”