Inaccurate reports portray religion and human rights as natural enemies, but they do nothing to protect people's rights or to promote understanding between people who disagree. 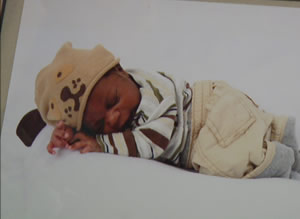 Symon Hill (@SymonHill) is associate director of Ekklesia and author of The No-Nonsense Guide to Religion; this summer, he will walk from Birmingham to London as a pilgrimage of repentance for his former homophobia

The Daily Telegraph reported yesterday that a Christian couple have been “banned from becoming foster parents because of their faith-based opposition to homosexuality”, the Daily Mail declared “Christian beliefs DO lose out to gay rights”; In reality, no such ruling has been made. The judges declined to rule on whether the couple involved, Owen and Eunice Johns, should be allowed to be foster parents.

The case came about after discussion between the Johnses and Derby City Council. The Johnses object to same-sex relationships.

They said that if they were fostering a child who was being considered for adoption by a same-sex couple, they would not want to allow that couple into their house.

It seemed to be unclear whether this should affect their chances of being foster parents, so the couple and Derby City Council agreed to bring a judicial review over the issue and allow the court to decide.

The two judges expressed their frustration with both the couple and the council, declaring:

(a) Been unable to agree on an appropriately focused question for the court to address;

(b) Each identified questions that do not raise a question of law that can be answered with anything approaching a simple ‘yes’ or ‘no’; and

(c) Furnished the court with no evidence.

While refusing to rule on the question of the Johns’ suitability, the judges said that it could be appropriate for a council to take prospective foster parents’ views on sexuality into account, but they emphasised:

“This is not a prying intervention into mere belief… The local authority is entitled to explore the extent to which prospective foster carers’ beliefs may affect their behaviour, their treatment of a child being fostered by them.”

This angered the Christian Legal Centre (CLC).  The CLC is an organisation closely linked to Christian Concern (known until recently as Christian Concern For Our Nation), a socially conservative lobby group.  A CLC press release following the court’s ruling opened with the following sentence:

“In a landmark judgment, which will have a serious impact on the future of fostering and adoption in the UK, the High Court has suggested that Christians with traditional views on sexual ethics are unsuitable as foster carers.”

“No one is asserting that Christians (or, for that matter, Jews or Muslims) are not ‘fit and proper’ persons to foster or adopt. No one is contending for a blanket ban. No one is seeking to de-legitimise Christianity or any other faith or belief…

“No one is seeking to give Christians, Jews or Muslims or, indeed, peoples of any faith, a second class status.”

It seems that certain journalists have been too willing to accept the CLC’s misleading claims. The way this story has been reported fits into the ‘gays v Christians’ narrative suited to lazy journalism. In reality, Christians and other religious people hold a range of views on sexuality.

Inaccurate reports portray religion and human rights as natural enemies, but they do nothing to protect people’s rights or to promote understanding between people who disagree.

• The text of the High Court’s judgment can be read here.