As Exeter University, the first outside the Russell Group, declares its intention to charge the £9,000 top fee for its degree courses the government’s plans to change the higher education funding landscape continue to unravel at an amazing pace. 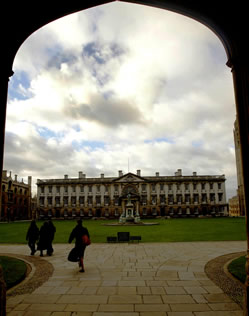 As Exeter University, the first outside the Russell Group, declares its intention to charge the £9,000 top fee for its degree courses the government’s plans to change the higher education funding landscape continue to unravel at an amazing pace.

When the plans were announced they were widely and popularly dismissed as ill-thought through and unfair. The Government tried to appease doubters with an insistence that fees above £6,000 (still almost a doubling of the previous cap) would be the exception.

This was always a pipe-dream – when top up fees were introduced universities quickly raised fees up to the cap and this year every single one charged the full amount; so with no disincentives and plenty of incentives they were of course going to once again race to the cap.

Quickly it became obvious that the government expected £7,500 to be the norm rather than £6,000 and were told that the maximum fee would be the exception. If any university charges the minimum £6,000 for any course it will be the exception.

The Office for Fair Access has been given responsibility for negotiating the Access Agreements that will determine whether universities are able to charge more than £6,000. This body has made it clear that it has no way of enforcing the conditions it suggests when allowing higher fees. OFFA is also not a market regulator, it has no way to stop bunching of fees charges at the top level as it was asked to do by the Department of Business, Innovation and Skills.

So with 80 per cent of the teaching grant taken away and with no enforceable restrictions, most universities will of course charge the full amount.

The whole policy was rushed, trying to take advantage of good will both between the parties and from the public soon after the election. That, of course, backfired, sparking a resistance to the austerity ideology that continues to build and spread into other areas.

There is simply no excuse not to take a step back and reassess the entire scheme and find something that ensures a fair balance of funding between government, graduates and business and that no prospective student is discouraged by the threat of huge debt.