Dominic Browne reports on how Ed Miliband's "squeezed middle" message is gaining ground in many quarters. 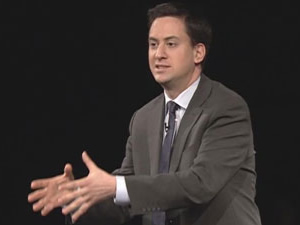 Ed Miliband spoke today of Labour being the party to unite the country, as a wide range of commentators and experts gave his “squeezed middle” message much needed political traction and cementing it as a key political issue.

Sunny Hundal pointed out pointed out how  it may have already influenced the government’s budget strategy and James Plunkett at the Resolution Foundation agreed that the budget:

“Had been pre-billed as a boost to living standards, and in particular as targeting the ‘squeezed middle’.”

In his speech this afternoon Mr Miliband talked about what he calls “the cost of living crisis facing families in this country”. He admitted that when he first spoke of a squeezed middle “people said they didn’t know what it meant” but he maintained that:

“Families on lower and middle incomes up and down this country always knew what I was talking about.”

The economic situation has thrown the idea into relief and it now appears to be gaining ground.

“Inflation will exceed expected salary increases until the middle of 2013, more than five years after the onset of the recession, figures from the independent Office for Budget Responsibility (OBR) suggest.

“The predicted squeeze is far worse than ministers had previously signalled. A typical middle-class family will see their disposable income fall by more than £1,500 this year as a result.

“In one possible scenario, the OBR, set up by George Osborne to provide economic forecasts, suggests that high inflation could result in a twelvefold rise in Bank of England interest rates, up to six per cent, plunging many households into difficulty.”

While Plunkett stated that the OBR’s revised projections for wages against inflation means living standards will get much worse for most families:

“Wages are set to rise much more slowly than previously thought. Inflation is set to be much higher, all the way through to 2015.” 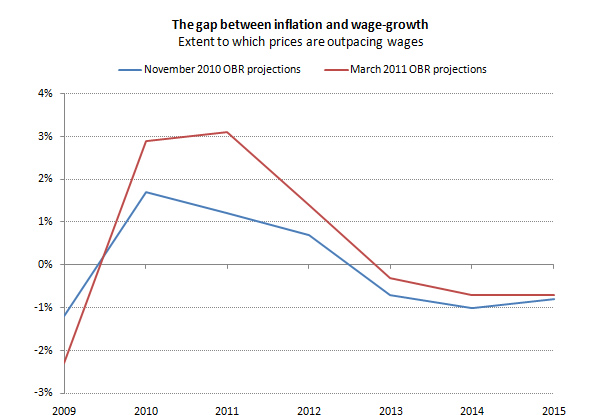 He also referred his recent survey with Netmums that says one in five working mothers affected by government cuts to childcare support may have to give up work.

In his speech Miliband spoke directly to this demographic – a demographic that is seeing living costs rise while the governement’s support falls:

“Those in the middle, those on lower incomes (are) increasingly squeezed. Now it didn’t start with this government but I fear they are making it worse. Because with decisions they are making on VAT, tax credits, they don’t seem to understand the struggle that ordinary families are facing.

“They don’t seem to understand the struggle to make ends meet for people to get by.”