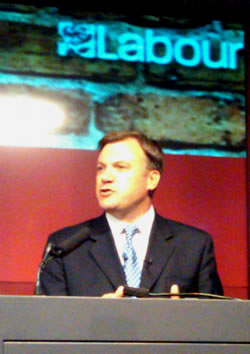 Ed Balls, speaking at the Unions 21 conference this morning, said that George Osborne’s cuts could spell a “rock and roll” period for tax avoidance.

In response to a question on the £44bn tax gap caused by increasingly blatant methods of tax avoidance, the shadow chancellor said:

“There are two issues: tax evasion which is illegal and tax avoidance… Companies involved in tax avoidance employ thousands of highly skilled people working all the time to find ways round our tax system.

“The only way to stop them is for HMRC to employ lots and lots of highly skilled people to work to try and anticipate and second guess what these people can do to avoid tax.

“Now if I was working for a company involved in this and I saw George Osborne cutting workers from HMRC I would think this is a real opportunity; I would think rock and roll, this is my moment.”

Mr Balls said that many tax breaks designed to encourage long term investment in the UK are abused by people who simply pretend to be making such investments.

This only gives more incentive for progressives of all shades to back bills to reform the tax system – like Caroline Lucas’s, which Left Foot Forward reported on yesterday – and provide proper regulation on this issue.

15 Responses to “Balls: “Rock and roll” time for tax avoiders”