With more and more universities set to charge the maximum £9,000 a year tuition fees, the cost of the government's policy becomes ever more apparent, reports Shamik Das. 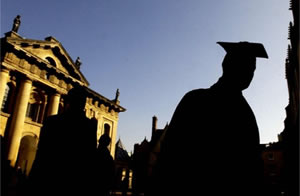 With more and more universities set to charge the maximum £9,000 a year tuition fees, the cost of the government’s policy becomes ever more apparent. Today’s Guardian reports that the fee increase could leave a £1 billion gap in university funding, while a survey by the Times (£) of 40 institutions shows the average tuition fee will be £8,700 – just £300 below the cap.

Figures seen by Left Foot Forward show that, based on an assumed fee loan of £8,700, the additional public spending compared to the Treasury’s £7,500 average fee estimate will be £1.05bn over the spending review period.

Universities minister David Willetts had threatened that if fees average more than £7,500 then they will try and further cut higher education funding, and had said universities will only be able to charge the maximum £9,000 fees in “exceptional circumstances“.

Last October, Left Foot Forward, along with Andrew Harding of the 2me2you blog, looked at how the Browne Review (pdf), which recommended the rise in tuition fees, will end up costing the taxpayer more, that the proposals that were not only unfair but won’t reduce the deficit in the short-term.

As the 2me2you blog said at the time, citing data from the Higher Education Policy Institute:

“This analysis makes a mockery of any argument that could be made that suggests that reform of Higher Education funding is necessary or required by a need to save money.

“It does not save money – it costs money, which could be spent more fairly on increasing the core teaching resource. This analysis suggests that Vince Cable has lied to parliament, to the press and to his own party.

“And this analysis casts doubt on the commitment of the coalition to their own stated aim of deficit reduction. This reform is clearly a purely ideological move, attempting to reform Higher Education along market-driven lines with no proven benefits and several clear issues, not least the additional costs to young people.

“And can we really afford it? Apparently so.”

Not only is the government’s tuition fees policy wrong and unnecessary, but it is being incompetently implemented.

25 Responses to “The economic madness of imposing £9k tuition fees”