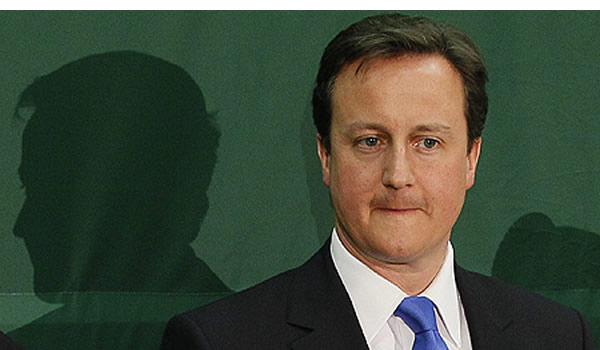 David Cameron told civil servants at the Department for Energy and Climate Change (DECC) on May 14th last year that he wants his government to be the “greenest government ever“. On the current evidence of delay, dithering, and internal wrangling, he has a long way to go. This Wednesday, we will see whether the government is serious about tackling climate change, and putting the environment at the heart of its plans for jobs and growth, or whether Mr Cameron’s claim is just more hot air.

This budget could boost the low-carbon economy that will contribute towards reducing harmful emissions. Or it could set Britain back.

When it arrives, will it have the power to raise the capital that green businesses tell me they are crying out for? Or will the ‘bank’ merely be a paltry government fund, administered by officials and ministers? Will the chancellor allow our great green firms to spearhead the recovery in manufacturing, research and global trade that Britain needs?

Second, will the budget be a budget for green jobs? As businesses grow, will the government create the framework for them to recruit and train more staff in this vital sector?

So far, all we have had is an inadequate number of apprenticeships announced by Chris Huhne, the energy secretary. Research into biofuels, such as algae biofuels, has been cut, not boosted, by the government, as they’ve cut funding to the Carbon Trust. Support for geothermal, tidal and other renewable has also been slashed. Without research and development into these alternative energy sources, Britain’s green firms cannot prosper.

Third, will the budget allow the citizen and community to play a part in tackling climate change? The government’s ‘green deal’ to retrofit our homes with energy-saving improvements is turning into a fiasco. Anyone living in social housing is excluded. And the government’s revision to feed-in tariffs for school, hospital and community housing renewable energy projects, announced last Friday, will only send the sector backwards.

As The Guardian reported on Friday:

“The government has unveiled plans to slash by almost 75 per cent financial incentives for larger solar power schemes on the grounds the feed-in tariff (Fit) was in danger of being hijacked by City speculators. The move is expected to deal a death blow to low-carbon projects such as a plan put forward this week by Toyota and British Gas to provide low-carbon electricity for the Burnaston car plant near Derby.”

A purely market-led approach is never going to be adequate to the task; yet ministers seem reliant on schemes which cannot deliver the scale of improvements needed to reduce our carbon emissions. Giving green firms a boost, creating green jobs, and allowing citizens to play their part: these are the tests for the chancellor if he wants to deliver a budget to tackle climate change on Wednesday.