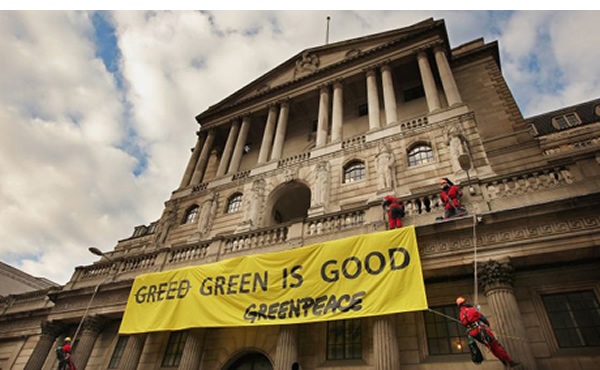 The Green Investment Gap report (pdf) shows that Britain devoted £12.6bn to green investment in 2009-10 – less than 1 per cent of GDP, and less than half the amount needed annually to renew the UK’s ageing energy infrastructure and set it on a course to a clean energy future.

Britain’s performance compares poorly to other countries, such as South Korea, which is currently channelling 2% of its GDP each year into developing clean technologies.

Yet bridging this gap is possible with the right policies – and constitutes a huge opportunity for the UK: enabling Britain to meet its emissions targets, create thousands of new green jobs, and insulate the country against oil price shocks.

The report calls on the government to put green investment at the heart of a strategy for sustainable economic recovery, and legislate for a strong, public Green Investment Bank with powers to borrow and lend.

But the figures will make sobering reading for chancellor George Osborne as he contemplates his budget speech, which, as Left Foot Forward reported yesterday, seems set to curtail plans for a Green Investment Bank (GIB).

Climate change and energy secretary Chris Huhne has previously stated that he wants the GIB to be a proper bank, and that “ducks quack, and banks borrow and lend”. Yet Treasury hawks appear to have triumphed in turning the GIB into a mere fund. Without the ability to borrow and lend, the GIB will find it extremely hard to leverage the necessary quantities of private sector investment, and impossible to close the UK’s green investment gap.

• Green spending by the private sector, third sector and households all show positive trends in recent decades, but the public sector is making up for lost investment following privatisation of the energy utilities in the 1980s and 1990s;

• Other investment decisions show up the small scale of UK green investment. For example, the UK spends £35.3bn on defence, and is likely to spend £100bn on decommissioning old nuclear power stations and oil and gas infrastructure.

Other recent research has shown the multiple benefits that will flow from putting green investment at the centre of an economic recovery plan. The Department of Energy and Climate Change (DECC) estimate 250,000 green jobs will be created in energy efficiency industries over the next 20 years, whilst the Offshore Valuation Group estimates the potential for 145,000 jobs in the offshore wind industry over the next four decades.

Developing low-carbon transport and heating options, meanwhile, offers insulation against oil and gas price shocks. The government estimates that a doubling of the oil price (from $90/bl to $180/bl) would result in a cumulative loss of GDP of £45bn over 2 years.

It defines ‘green’ as being low-carbon energy infrastructure, energy efficiency measures, and some forms of low-carbon transport; and specifies ‘investment’ as being spending on fixed capital assets lasting longer than one year, plus technical research and development. What little investment is currently being made in nuclear and ‘clean coal’ technologies is counted alongside larger investments in renewables.

The report also calls on government, industry and the third sector to work together to produce an annual audit of UK green investment, to improve data transparency and make it easier to benchmark real progress towards goals.

Closing the UK’s green investment gap is a challenge – but also a golden opportunity. At a time when the future of our national energy system is being reconsidered, in the wake of record oil prices and the Fukushima nuclear accident, we would be foolish not to invest more in clean energy options.