The British Medical Association's call today for the coalition to halt the NHS reforms adds to the array of experts, political veterans and grassroots campaigners now lined up against the Health and Social Care Bill. 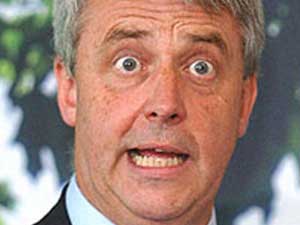 The British Medical Association’s call today for the coalition to halt the NHS reforms adds to the array of experts, political veterans and grassroots campaigners now lined up against the Health and Social Care Bill. The BMA voted for the bill to be withdrawn, tabled a motion of no-confidence in health secretary Andrew Lansley and a motion calling him “cynical” to be voted on this afternoon.

The doctors’ professional association is having its first emergency meeting in almost 20 years to address concerns over the Tory NHS reform plans and the increased marketisation of health care.

Members are concerned about the pace and extent of the the changes proposed under the bill. Mr Lansley has assured them that quality with not be compromised and told the BBC amendments had been made to the bill making this explicit.

However, this has done little to reassure the concerns of many GPs, with many concerned there are gaps in the proposals and no way of knowing what will work and what will not.

Mr Lansley has been pressed into u-turn after u-turn over his NHS plans and over the weekend lost the backing of his coalition partners, with the Lib Dems voting at their Spring conference last weekend for an extensive and radical re-write of the government’s NHS bill.

Evan Harris, the former MP supporting one of these “rebel” amendments, said that the party would expect party leader and deputy prime minister Nick Clegg and health minister Paul Burstow to be bound by these votes, while in January, former SDP leader Lord Owen warned that if the Lib Dems didn’t take such action to halt these plans they would “no longer be able to claim to be the heirs of Beveridge”.

The Unite union have campaigned against these reforms citing worrying analysis done on the bill’s impact assessment which states that for the marketisation principles in the bill to work, hospitals would have to be allowed to fail.

They have now been joined by the campaign group 38 Degrees who recently forcing a u-turn on the government’s plans top sell off forests. The group told Left Foot Forward recently their members had been considering the implications of the bill for some time and will now:

“Shift from discussion and exploration to a more targeted campaign push to stop or significantly amend the proposals.”

Senior Lib Dem peer Shirley Williams has also criticised the bill. In an op-ed in The Times (£) last month, she wrote:

“British Gas raised energy prices by 7 per cent last year, while making £700 million in profits. Since rail privatisation, the UK had paid the highest fares in Europe. Should this inspire confidence?”

There has also been disquiet among Conservative backbenchers. While praising aspects of the bill, former GP Sarah Wollaston, the MP for Totnes, sounded concern over choice, warning:

“Choice can be an illusion, too. For most of my former patients in rural Devon, the only practical choices were dictated by geography. In inner cities, choice is often exercised most effectively by those with the least need. Choice is great, but a high quality accessible service is what most patients really want and the chance of a second opinion if things do not go to plan.”

This all comes on the heels of eight leading health organisations walking out on Lansley’s ‘responsibility deal’ to curb excessive drinking. The health organisations said that the voluntary pledges did not go far enough to address the real issues over pricing, availability, promotion, regulation and enforcement.