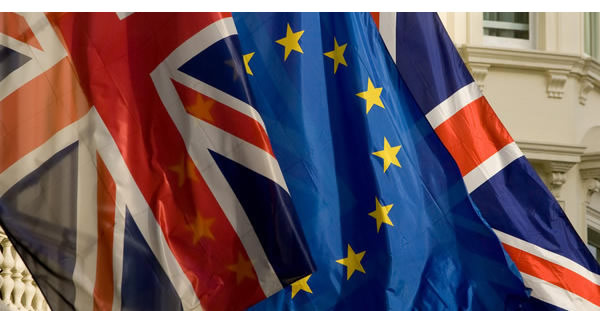 Joe Litobarski analyses two recent polls that throw new light on the British public’s opinions on European Union, which challenge the UK’s image as a ‘Eurosceptic’ nation – one is the UK national report of the Eurobarometer survey, a Europe-wide poll that has been conducted twice yearly since 1973; the other a more detailed “Flash Eurobarome­ter” poll on British attitudes to the EU, carried out by Gallup on behalf of the European Commission in the UK

Despite Britain’s fearsome reputation as a bastion of Euroscepticism, the latest data suggests attitudes are somewhat more divided. There is a rough balance between those holding positive (42%) and negative (39%) images of the EU, with a significant “undecided” group (18%) that could still be convinced one way or the other.

Importantly, the surveys reveal an enormous information deficit (82% knew “little or nothing” about the EU) and a “link between knowledge of the EU and how well it is perceived”, with respondents who knew “quite a lot” or “a great deal” about the EU being almost twice as likely to hold consistently favourable opinions.

The majority of those polled were also likely to have an exaggerated image of the EU’s cost to Britain. When asked what they thought the UK’s direct net contribution to the EU budget was, the average response was to guess almost a fifth of British Gross National Income (GNI) was being skimmed off by Brussels each year. Only 9% gave the correct figure of less than 3% of GNI (in fact, the annual net contribution to the EU budget is less than 1%).

One could argue about the importance of net versus gross or direct versus indirect costs till the cows come home – but the figure of one fifth of British GNI is not only 20 times greater than the true figure, it is far larger than even the harshest of estimates for indirect costs. Likewise, the shocking belief of 75% of respondents that the EU budget is larger than the entire UK budget has little basis in reality (the UK’s budget is in fact six times larger than the EU’s).

Clearly, confusion abounds. Only 35% agreed that the information available on the EU was simple and clear. Worryingly, 58% said they were not interested in receiving any more information (which probably means that yet another generic “public information campaign” is doomed to failure), though 81% would nevertheless be likely to listen if things were presented in a more, you guessed it, “simple and clear” manner.

At the same time, the public suspects the media of holding a negative bias. Almost half of all respondents (48%) believe the British press is “too negative” in its coverage of the EU. The message from all this is that Britain is not so much “Eurosceptic” as “Euroconfused” (and somewhat distrustful of both sides in the debate). If previous surveys of voter priorities are anything to go by, people are also seriously apathetic about the issue of Europe in general.

The benefits of membership, however, are not entirely lost on people in Britain. Today’s polls confirm the findings of a survey carried out in December of last year on behalf of the Fabian Society; whilst there might be scepticism in Britain about European integration in general, there are still majorities that want see a wide array of issues handled at the EU level – including tackling the financial crisis, combating terrorism, protecting the environment and coordinating science and technology research.

When asked if they thought there were any benefits from EU membership, majorities also agreed that the EU:

• Improved regulation of financial markets (55%); and

• Made it harder for criminals to evade justice by jumping borders (70%).

Looking at all this data, the solution seems obvious; simplify and clarify the message as much as possible and public perception of the EU in Britain will rise accordingly; such an approach, however, is hardly revolutionary.

Presenting EU affairs in a simple and clear manner is exactly what supporters (and, indeed, detractors) have been trying to do for decades – yet the EU stubbornly defies all and any attempts. The bald truth is that the EU deals largely with issues that are both highly technical and incredibly low salience. In other words, the beast is by nature both horrifically complicated and deadly boring.

The stalemate seems doomed to continue. Ben Shimshon of Britain Thinks, however, has done a brilliant piece of analysis looking at which side would win in the event of an “in-or-out” referendum on EU membership.

He concludes that Eurosceptics have thus far been more successful than their pro-EU counterparts at linking the EU (which few people care about directly) to things people do actually give a fig about (such as unemployment and immigration). If the image of the EU is to be improved in Britain then the “information deficit” must be breached and the positive connection to the issues most important to voters must be made.

Last month, Sunder Katwala wrote on Left Foot Forward that Labour would be considering the case for an “In or Out” referendum as part of its policy review. This is firmly a minority position within the Labour party, though it was part of the Liberal Democrats’ campaign manifesto at the last election. I have written elsewhere about why supporters of the EU should not fear such a referendum.

However, even if an EU referendum is not on the cards – and in the short-term it definitely is not – supporters of the EU in Britain should still be organising and campaigning as if such a thing were a possibility (which is exactly what Eurosceptics have been doing since 1975).

The narrative of an overwhelmingly Eurosceptic Britain is, as today’s polls demonstrate, a false one – and yet it is a narrative that defines our relationship with Europe and surely affects the decisions of our representatives. Something has to change.

30 Responses to “Britain: Euroconfused not Eurosceptic”