London’s transport network is already a mess, crippled on a daily basis by delays and much more expensive than it was only a few years ago, writes Rob Jenks of Together for Transport. 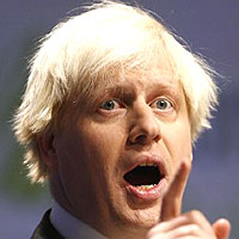 Rob Jenks is a community organiser at Together for Transport

It’s not often that a politician promises to do the impossible. But that’s what Boris Johnson did on Tuesday when he pledged to “improve” London transport by cutting £7.6billion from Transport for London’s budget. As Left Foot Forward reported that day, his comments attracted the ridicule they deserve.

It is not possible to improve London’s transport network by cutting huge swathes out of its budget. This is simply an exercise in double-speak. TfL’s plan (pdf) is now to cut £2.6 billion more than the £5bn it had already announced. This original sum already planned for increases in fares by 2% above RPI each year until 2017/8 but this can now only be a minimum increase.

Given the likely rate of inflation, it’s easy to see how by 2018 fares could be more than 150% what they are now. At a time of unemployment and pay restraint, this amounts to a significant jump in passenger spending on transport as a proportion of their income.

The savage cut to the bus subsidy is the most worrying announcement. Already it was intended to cut this back from the current level of £700 million to £450m. Now it will be slashed to just £250m. Combined with the government’s plans to reduce the fuel subsidy paid to bus operators from 2012 there is an inevitability that services will be cut or fares substantially increased in the coming years.

As others have already pointed out, most of the investment Boris claims were already planned, supported by grants external to the TfL budget or initiated by his predecessor Ken Livingstone but not yet shelved. And more job losses on the scale that evoked such a strong response from rail unions last Autumn are possible, leading to more unstaffed stations.

London’s transport network is already a mess, crippled on a daily basis by delays and much more expensive than it was only a few years ago. If our capital city is to have a transport network fit for purpose, it must serve all its citizens and prioritise those who rely on it most. Together for Transport is committed to empowering local communities with the resources and tools to tackle the transport cuts in their neighbourhoods.

• For more information visit Together for Transport, and to sign a petition calling on Boris Johnson to reverse his cuts see here.