Ken Livingstone, Labour candidate for London Mayor 2012, rebuts the right wing rhetoric about the deficit, and explains the importance of the March for the Alternative. 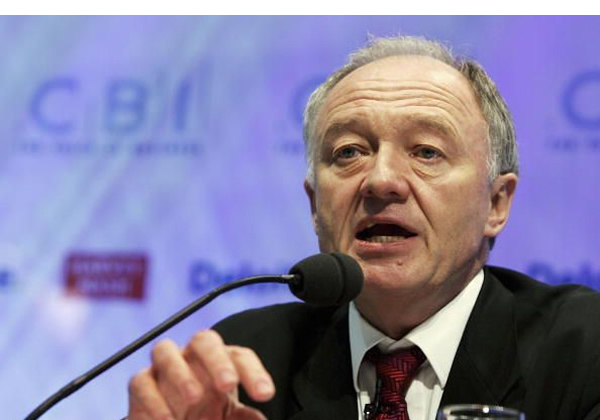 This Thursday on Question Time there was what Mrs Merton used to call a ‘Heated Debate’ over the scale of the British economy’s debt under Labour. Niall Ferguson and I disagreed about the scale of the national debt and what should be done about it. Niall argued that the scale of the debt when Labour left office was over seventy per cent. The right wing writer Toby Young was quick to praise Ferguson’s view on his Telegraph blog.

Here’s why they are wrong. The only way to get to the 70%-plus figure is to use the Maastricht Treaty criteria which is ‘general government debt’. That is an inflated figure arising from the Maastricht process. It excludes government assets – such as departmental balances, central bank reserves, pre-funded liabilities, and so on.

The more useful measure, certainly the one focused on in this country, is the government net debt. That is because it is sensible and logical to include government assets in the calculation.

For example, Ireland was not allowed to count its national pension fund against general government debt. But that turned out to be real money – it was the first thing they raided when the EU and IMF came calling. And government net debt allows long-term comparisons. Indeed for most of the time prior to the Maastricht treaty this odd measure of debt was of course not recorded.

Deficits always rise in recessions – that’s unavoidable. But the deficit actually rose by a far greater amount during John Major’s much milder recession of the early 1990s.

Quoting lots of odd sources is an old trick of the right, for example relying on future pensions liabilities but neglecting to mention pension assets, such as the pay of the people contributing towards them. Why is this important? It is not a dry academic debate about economic figures. The right uses rhetoric about government debt to justify its assault on the public services and public spending.

Specifically, the fact that between 1997 up to the point of the recession debt as a proportion of GDP was relatively stable and in fact fell over part of the period – and was lower than in many other developed countries – shows that it is not public spending that is the enemy. The right don’t want you to believe that. They want to say that it is profligacy in Britain under the last Labour government that has to be dealt with. Hence ‘deficit denial’. Thus whether debt was out of control prior to the recession is key.

A narrative in which public spending is the problem leads inevitably to making ordinary people pay through fares, VAT, student fees, and cuts to services – rather than an alternative narrative in which the economy is made to work for those people, putting investment, fairer taxes and growth ahead of austerity for the majority.

The problem for the right is this. In the name of reducing the deficit they are pursuing policies that cut spending, reduce employment, remove demand from the economy and therefore worsen the deficit. Initially the Office for Budget Responsibility had projected a public sector net borrowing requirement of 7.5% and 5.5% of GDP in what was then the next financial year and in the following financial year 2011/12.

Now these have risen to 7.9% and 6.2%. This gives the lie to the central claim of government policy – that all these cuts are necessary to reduce the public sector deficit. Their policies have led to a renewed widening of the deficit.

These are among the main reasons why I will be marching – along with London Young Labour and other London Labour colleagues – today. There are clear alternatives to the right’s case. The growth deniers need to understand there is widespread public concern about what the government is doing in the name of deficit reduction.

108 Responses to “An economics lesson for the growth deniers”