Total GDP growth in both the EU and the eurozone was 1.7% - sluggish but not entirely unexpected, compared to 3.2% growth in the US and a 0.5% contraction in the UK. 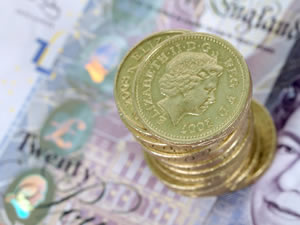 A clear pattern seems to be emerging after the European Union’s statistics office, Eurostat, released its figures showing that the eurozone economy grew by a lower than expected 0.3 per cent in Q4 2010, with the growth figure for the EU as a whole 0.2%. This meant that total GDP growth in both the EU and the eurozone was 1.7% – sluggish but not entirely unexpected after a turbulent year.

Andreas Rees of Unicredit has taken the George Osborne approach and blamed most of Germany’s lower than expected 0.4% growth on the adverse winter weather, although at least Germany had growth as opposed to the 0.5% contraction in the UK. However, a look across the Atlantic indicates a slightly different picture.

The US GDP figures for Q4 showed that the US economy grew at an annualised rate of 3.2% (despite the snow), much faster than the 2.6% annualised rate it achieved in Q3. This meant that 2010 was the best year for the US economy for five years, with GDP expanding by 2.9%. What should be of particular interest are the reasons for the rapid increase in US growth, namely, higher than expected export levels alongside the strongest level of consumer spending for more than four years.

The US, unlike most EU countries, is still pursuing stimulus measures and the signs are that this is working. Although it still has a high budget deficit, it is widely expected to be one of the fastest growing economies in 2011, meaning that its deficit will reduce faster than most European countries where collective austerity measures will limit the possibility of an export driven recovery and consumer demand.

Contrast this with the UK and other EU countries. Although manufacturing driven economies such as Germany and, to a lesser extent, France, have seen decent growth in 2010 and will drive European growth rates in 2011, countries that are more dependent on consumer demand and have made the most painful austerity cuts are in deep trouble.

With inflation hitting 4% and expecting to remain between 4% and 5% in 2011, it is very difficult to see consumer spending picking up in the UK. The combination of the VAT rise and rising inflation has left consumer confidence very low. Certainly, it is difficult to imagine that growth will be anything better than very sluggish in 2011. Meanwhile, while other EU countries take similar measures to stifle domestic consumption the chances of the UK exporting its way out of trouble are low.

So, what does the data mean? The pattern is that the harsher the austerity programme the weaker the economic performance. While the economic powerhouses of Germany and France are seeing higher levels of exports and investment, most other EU countries will probably continue to struggle, even though eurozone inflation is, at 2.4%, almost half the rate in the UK.

Meanwhile, the apparent success of the stimulus measures in the US, which Labour had also used and had led to growth of 1.1% and 0.6% in Qs 2 and 3, should be a salutary warning to the government that choosing the path of austerity could have very bleak consequences for the UK in 2011.

11 Responses to “Weak EU growth reveals the price of austerity”