Huw Lewis AM, deputy minister for children in the Welsh Assembly government, on Cardiff's strategy for tackling the scourge of child poverty. 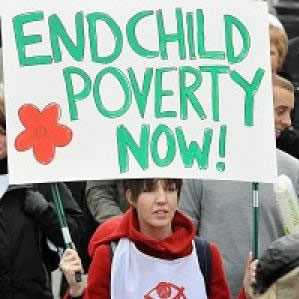 Shocking and worrying though the statistics are, in a sense, this latest study into severe child poverty serves to confirm what we already know: there are simply far too many kids growing up in severe poverty across the UK today, and the problem is especially acute here in Wales, where the report estimates 14 per cent of children grow up in severe poverty – nearly half of the 32 per cent of children who live in poverty overall.

It should be clear to anyone with an interest in the life chances of our children, or the future of our country, that we simply cannot go on leaving a third of our population behind. We have to do more – much more in fact – to try and tackle this scourge.

Yes of course, there are a myriad of reasons why child poverty is so prevalent in Wales. As someone who grew up in Aberfan during the 1970s and early 80s, I understand only too well the underlying and historical factors that contribute to the problem.

Particularly that dreadful legacy of de-industrialisation in Wales, so cruelly accelerated by Thatcher’s government in the 1980s as she put her ideologically driven battle with the miners before any consideration of its impact on the communities she was wrecking and then leaving to rot.

Worklessness, lack of economic opportunity, investment, and poverty of aspiration all stand as a desperately sad inheritance from those days. And while Labour’s commitment to eradicating child poverty by 2020 was both ground breaking and historic, I’m deeply saddened that we were not able to do more over the last decade to get those figures down – despite the hard won progress in the early part of the last decade and the fact that annual child poverty statistics have always either fallen or stood still.

But failures of the past are no excuse for inaction today. The very worst thing we could do right now is throw in the towel, consign another generation to the scrapheap and give up on those precious targets.

In Wales at least, where we have a Labour-led Welsh government to protect us from the worst ravages of this Tory-Lib Dem administration, tackling child poverty remains at the very heart of everything we do – indeed, Wales is now the only country in the UK with a coherent strategy to tackle this problem.

But we must recognise that no single institution or organisation can defeat this on its own. That’s why the historic Children and Families (Wales) Measure – the landmark Welsh Child Poverty Law passed last year – brings the whole of the devolved public realm into the battle: placing a statutory duty on departments of the Welsh Government, Local Authorities, the NHS and other public bodies to set out what they are doing to tackle child poverty within their respective remits.

And our efforts will be underpinned by our new Child Poverty Strategy and its three main aims:

• Improving the skills of young people so they can access better paid jobs; and

• Reducing the gap between the outcomes of our poorest children and their more affluent peers.

The Families First initiative we are currently piloting will also be crucial once it’s rolled out across Wales – providing better support for families living in poverty through bespoke and tailored support which meets their individual needs.

But I do not underestimate the gargantuan scale of the challenge we face over this next decade. There is a real and imminent danger that David Cameron’s government will push kids into this situation faster than we can pull them out. With the scrapping of Child Trust Funds, the scandalous hike in VAT, and a raft of potentially dangerous changes to welfare on the way, it seems we have a government in Westminster that’s determined to repeat the mistakes of the past.

Tackling child poverty and its root causes will take time, we always said that. But now, more than ever, children in Wales need Labour to stand up for them in the face of these cruel attacks.

6 Responses to “Tackling the scourge of child poverty in Wales”